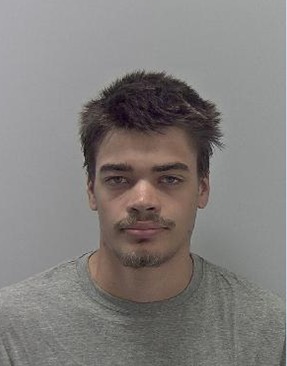 HILLTOP hike led to the brutal murder by a deranged killer of a loving grandad who was in the wrong place at the wrong time.

A hilltop hike in Shropshire led to the horrific murder of Richard Hall aged 70, by a deranged killer who had confessed that he wanted to kill his teachers. Tragically for Richard as he made it to the top of Brown Clee Hill during the summer hike he came across Moses Christensen, aged 22.

Richard had been hiking on August 13, when he randomly came across Christensen who viciously stabbed him in his face, neck and chest before fleeing the scene. The man had been wanted by police after having confessed to a relative that he wanted to kill several of his teachers.

The court heard from Prosecutor Adrian Keeling QC, as he explained how the tragic events unfolded and how Christensen had attacked Richard.

He said, “He had never met him before, but with a combat-style knife he stabbed him to death as he walked on Brown Clee Hill. The defendant had no reason at all to bear Mr Hall any ill will, let alone to kill him. But the defendant, by his own admission, wanted to kill someone and Mr Hall, walking on his own, was chosen by the defendant as an easy target.”

He then went on to explain the mental state of Christiansen and said, “In interview, he said this: ‘I would like to point out that this wasn’t just an outburst of emotion or something.’

“It wasn’t a spontaneous event. He said he wanted to do it, in his words, silently and effectively without there being any witnesses.”

Christensen has been found unanimously guilty of murder as the jury only deliberated for a matter of hours. He will be sentenced at Birmingham Crown Court after further psychiatric evidence is provided to the judge.