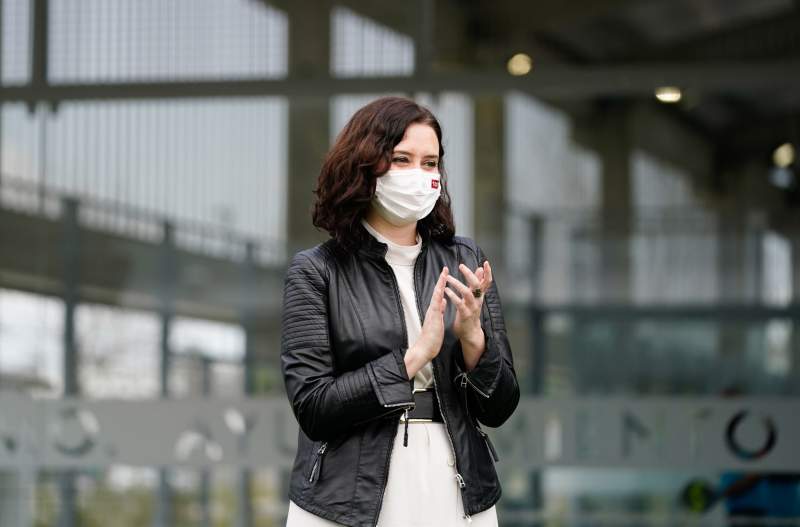 Madrid concedes to Easter closures but blasts the enforcement of the measures “an abuse of power”.

PRESIDENT of the Community of Madrid, Isabel Díaz Ayuso, has assured she will abide by the measures agreed by the Interterritorial Health Council for Easter week.

Díaz Ayuso said the community will comply because she “scrupulously complies with the established rules and the law” given that she is “neither pro-independence nor a careerist”.

However, she has made it clear that she considers “closing for the sake of closing” an “abuse of power”.

She told La Sexta that, in her opinion, if it is decided that autonomous communities are closed then “it doesn’t matter what is done in Galicia or in Madrid in terms of measures”.

The regional leader said that if all of Spain were open, she would understand a “unique strategy”, but if the country continues divided into 17 communities “I don’t see how what we do harms Andalucia”.

Díaz Ayuso also voiced her concerns over the 10pm to 6am curfew, arguing the hours should be shortened.

“I say that Madrid can continue to operate with the rules that are working relatively well, while always calling for prudence. This is something we have not stopped doing at any time,” she said.

In addition, she pointed out that if Madrid’s hospitality and commerce sectors were a region, they would be the third by GDP in the country, and for this reason she refuses to “starve” the activity.

Mayor of Madrid, José Luis Martínez-Almeida, supported the president’s words adding the community “will abide by what is decided”.

However, he added: “Madrid at this time has shown that there is a point of balance between the fight against the pandemic and the maintenance of economic activity and has no worse figures than other autonomous communities.”

He argued that Madrid has “more hotel employees than Andalucia and Catalonia, with a significantly lower population, and this shows that things are being done well to maintain economic activity and fight against the pandemic”.

Thank you for taking the time to read this news article “Madrid concedes to Easter closures but blasts it “an abuse of power” n”. For more UK daily news, Spanish daily news and Global news stories, visit the Euro Weekly News home page.