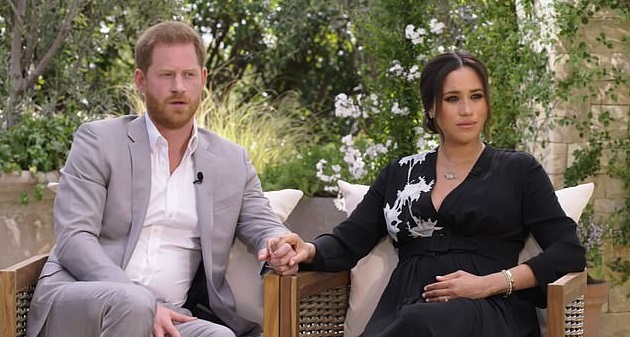 More than 49 million people worldwide watched Meghan and Harry’s ‘tell-all’ interview, according to US network CBS.

AND the figure – which includes viewers via TV and streaming – looks set to rise through streaming with the interview, which aired in the US on Monday, March 8 and the UK the following day, now the highest-rated entertainment special since the 2020 Oscars ceremony in February.

The tell-all interview with Oprah Winfrey saw the couple reveal they felt under immense pressure from the Firm and were hounded by the media, along with claims of racism and neglect by the Royal Family.

Meghan told millions of viewers there had been conversations with Harry and an undisclosed family member about the colour of their then unborn son Archie’s skin and “what that would mean or look like”.

The Queen responded to the interview yesterday, Tuesday, March 9, saying she was “saddened” that Meghan and Prince Harry were so unhappy in the last few years and that allegations of racism would be investigated internally.

“The whole family is saddened to learn the full extent of how challenging the last few years have been for Harry and Meghan,” reads the statement on behalf of Her Majesty The Queen.

“The issues raised, particularly that of race, are concerning. While some recollections may vary, they are taken very seriously and will be addressed by the family privately,” she said in a statement.