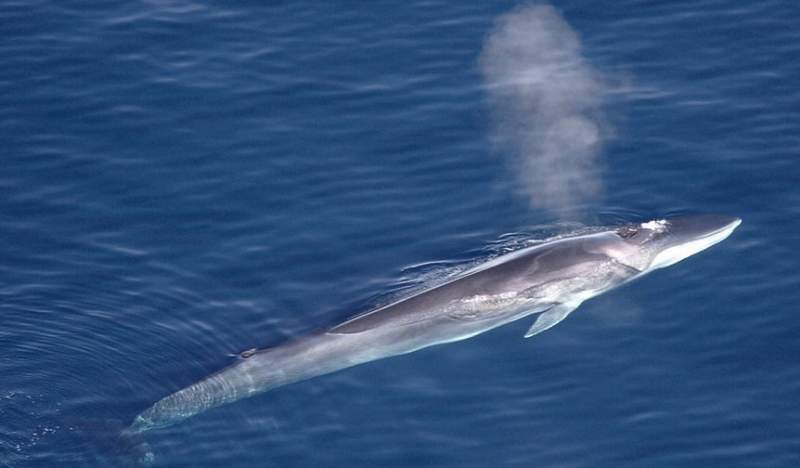 The Edmaktub association, a team of biologists who investigate the rare and endangered species of fin whales, has reported spotting five of them swimming off the Catalan coast near Garraf.

Fin whales (Balaenoptera physalus) can reach up to 24 meters in length and is the largest whale that regularly transits the Mediterranean, and their ‘Fin Whale Project’ has been running now for the past eight years, researching the huge mammals that inhabit pelagic areas, that is, in the open sea but at shallow depth, and sporadically, in coastal areas of temperate or cold waters, and stars in seasonal migrations. to feed and reproduce.

A spokesman for Edmaktub pointed out that this species of the mammal travels annually to the Catalan-Balearic Sea to feed, although this year, they have arrived earlier than expected, and yesterday the biologists took the opportunity to observe, photograph, identify and film the five fin whales, using a drone, about 6 miles off the coast of Vilanova y la Geltrú, Barcelona.

Unfortunately, last year due to the pandemic, the team could not conduct any research during the time the whales were in the area, but this year they intend to investigate further the different feeding behaviors, especially superficial, not described to date in the Mediterranean.

The project also wants to check the fluctuations in the presence of whales in Catalonia according to the climatic variations and warn of the great risk posed by collisions with large ships for the survival of the fin whale in the Mediterranean, and so far, the project has identified 132 different whales on the Garraf coast, 10% of them sighted in different years.

The spokesman said, “The whales are not passing through, but rather visit the Catalan coast to feed. The most important conclusion that can be drawn from the seven years of research of the Fin Whale Project is that the marine waters of the Garraf are a feeding area for the fin whale”, that stay in the area for days, or sometimes weeks.

Thank you for taking the time to read this news article “Barcelona Biologists Report Sighting Five Of Endangered Species Of Fin Whales”.