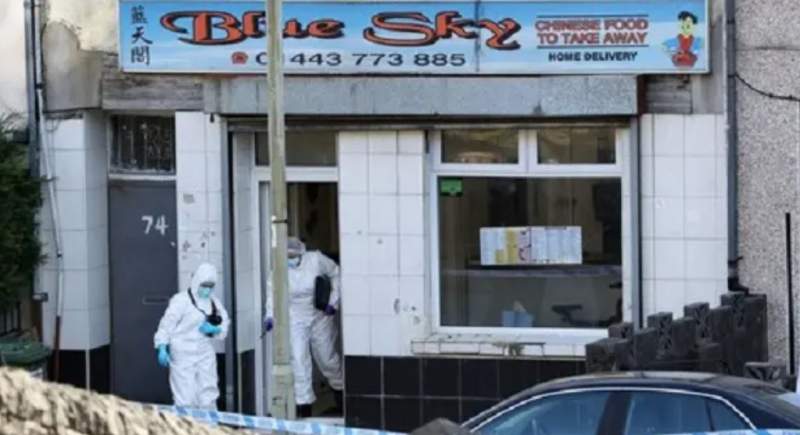 SOUTH WALES Police have confirmed that Chun Xu, a 31-year-old man, has been charged with the murder of 16-year-old Wenjing Lin, also known as Wenjing Xu, around midday last Friday March 5, during an incident at her family’s Blue Sky Chinese restaurant in the village of Ynyswen, in Treorchy, South Wales.

The accused will appear before a judge in Merthyr Tydfil Magistrates’ Court on Thursday, charged with murdering Wenjing Lin, and the attempted murder of a 38-year-old man, who remains in hospital in a stable condition. It is understood Xu is not related to Wenjing.

Wenjing died after being stabbed in an incident during which the two other men were injured, but the man in the hospital is no longer a suspect said a South Wales Police spokesperson.

Pupils and teachers at Treorchy Comprehensive, where the teenager went to school are said to be devastated by her death, describing her on Wednesday as “kind, passionate, and ambitious”, and in a statement released they said, “The school will remember Wenjing Lin as a positive role model.”
It continued, “She was extremely hard-working and was in the middle of studying for her GCSEs and had ambitions to go on to study psychology and maths and further maths at A-level. Wenjing took an active part in school life, travelling to Patagonia and being part of the school’s Combined Cadet Force, where she made many friends, who will remember her dry sense of humour and a person who inspired many others. Wenjing was an honest and passionate pupil.”

Her family released a statement last week that said, “Wenjing had a very gentle soul, she was a very quiet person. Wenjing helped the whole family, working in the family takeaway. She enjoyed school and worked very hard. She was loved by her family.”

Thank you for taking the time to read this news article “Chinese Restaurant Death: Man Charged With Murder Of Wenjing Lin”.