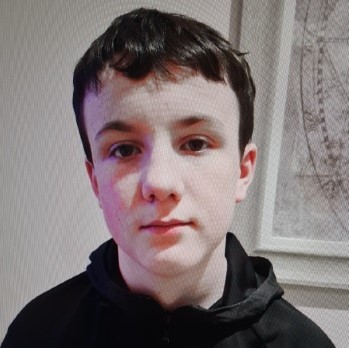 Ellis Street-Clegg, 14, was last seen 10 days ago in his hometown of Cleveley and police are growing increasingly concerned for his welfare.

Ellis has not been seen or heard from since 4.20pm on March 1, and despite extensive enquiries being carried out by a dedicated team, officers have so far been unable to find him.

And Lancashire Police are now asking for the public’s help to find the schoolboy who was last seen in the town centre.

Ellis is described as white with freckles, 5ft 3ins tall, of a slim build, with short brown hair.

He was last seen wearing a black North Face jumper, black trackie bottoms and black Nike 270 trainers which have red writing on the side and a blue bubble at the sole.

The teen has links to Thornton, Liverpool, the Runcorn area of Cheshire, Bolton, the Rhyll area of North Wales and Milton Keynes.

PC Alexis Walch, of West Police, said: “Ellis has been missing for more than a week now and we are extremely concerned for his welfare. We have carried out a substantial number of enquiries to try and locate him, but they have so far proved unsuccessful.

“That is why we are now asking the public for their assistance. I would also like to take this opportunity to appeal directly to Ellis – if he sees this – to make contact with police straight away to let us know you are OK.”