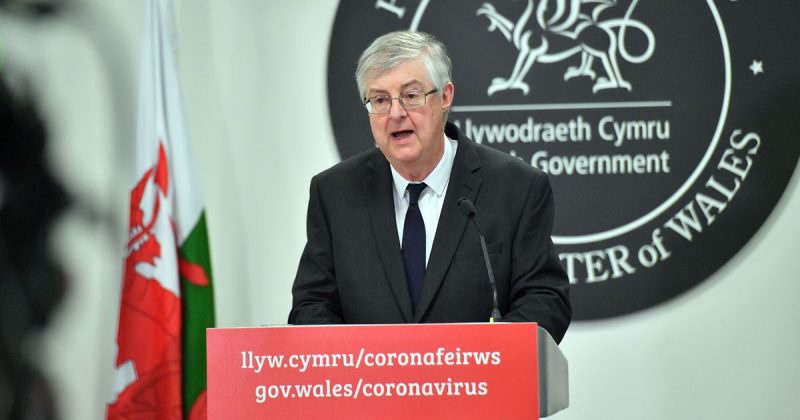 Welsh First Minister, Mark Drakeford, has had the misfortune of being caught out making rude comments about prime minister Boris Johnson, when his microphone was still live during a recorded Zoom call last December.

A clip from a COBRA Zoom meeting, recorded on December 21, featuring Mr Johnson and the First Ministers of the devolved administrations, which had been called in order to discuss the closure of the border with France in the wake of new COVID-19 variants was aired last Sunday, as part of a documentary titled Prif Weinidog Mewn Pandemig (First Minister in a Pandemic).

During the clip, Boris Johnson is seen introducing everybody, saying, “Thanks everybody for joining this call. I think we must urgently look at the implications of the travel ban that some of our European friends have imposed. We will hear from Mark Drakeford and…various others”.

Then, due to security reasons, the main part of the meeting was not recorded, until later on when Mr Drakeford is heard to say, “Dear me, he really, really is awful. Imagine that some deadly new variant of the virus had been discovered in France and they were trying to persuade us that there was no need to take any action to stop French lorry drivers from driving across the continent”.

Mr Drakeford is then asked if he wanted any minutes recorded from the meeting, to which he responds, “No, I don’t think there is anything at all, other than wringing our hands, a sense of despair”.

Simon Hart, the Welsh Secretary, defended Boris Johnson and insisted the Prime Minister is always “courteous” to the devolved leaders during these calls, and accused Mr Drakeford of being “fixated with politics”, and questioning his approach to the pandemic.

Mr Hart commented, “I’ve sat in on numerous calls chaired either by Boris Johnson or by Michael Gove, and at no stage in the margins of those meetings have I ever heard either of them be anything other than courteous to Nicola Sturgeon, the Northern Ireland executive, or ministers from the Welsh government”.

Adding, “And it’s not because they agree with them, it’s not even necessarily because they have much in common. It’s because when all is said and done you respect the position”.

Thank you for taking the time to read this news article “Mark Drakeford Caught On Live Mic Making Rude Comments About Boris”.