I don’t see a happy ending 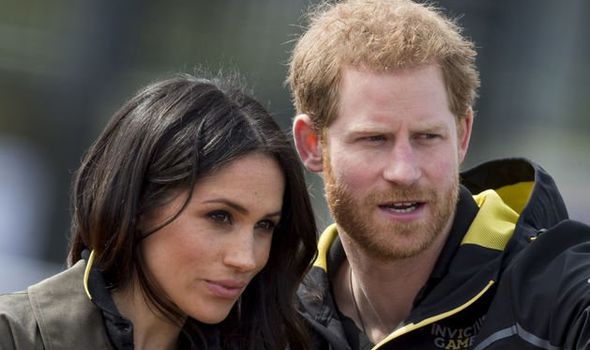 IN a wide-ranging interview Harry and Meghan described painful discussions about the colour of their son’s skin, losing royal protection and the intense pressures that led the Duchess of Sussex to contemplate suicide.

Of course, there has been a massive backlash. Obviously there are two sides, sometimes three to every story, but I actually believe Meghan and Harry’s side. Let’s be honest they can only lose in this situation. They have already lost financially, titles and security for their child, soon to be children, and themselves.

Their accusations aren’t that outrageous. We have witnessed a lot of this before with Princess Diana. The Palace ‘Firm’ are notorious for being totally out of touch with the real world.

Charles has plenty of previous, he was carrying on with Camilla through his courtship and marriage, so, for me, has absolutely no credibility and, according to Harry, Charles is not even taking his phone calls. The big difference here is that Meghan is mixed race and the racist element is a massive problem.

We have all read about Prince Phillip’s gaffs over the years. Although Meghan and Harry both said that it was not the Queen or Phillip that made the outrageous comment about the possible skin tone of their baby.

So it has to be another senior Royal. Meghan’s dad was interviewed by Piers Morgan and if it was a court drama it was obvious that Morgan was leading the witness. I can’t stand Piers Morgan’s way of just dismissing everything Meghan says because she dropped him as a mate.

He also is not in a position to discuss whether remarks are racist or not or argue with members of his own team, who are actually mixed race when they confirm what it’s like to be on the receiving end of those comments. You can’t make the comparison of saying, ‘I wonder if the baby will have your nose or your colour eyes or hair.’ It’s just not the same.

Harry and Meghan want to be in control of their own lives but The Firm once again don’t come out of it well. Royal interviews that aren’t tied to a specific topic are rare, and prior televised sessions have often proved problematic.

Prince Andrew’s 2019 BBC interview about his links with convicted sex offender Jeffrey Epstein led to his own departure from royal duties after he failed to show empathy for Epstein’s victims. This is just my view, and I’m sure you all have yours, but I don’t see a happy ending here.