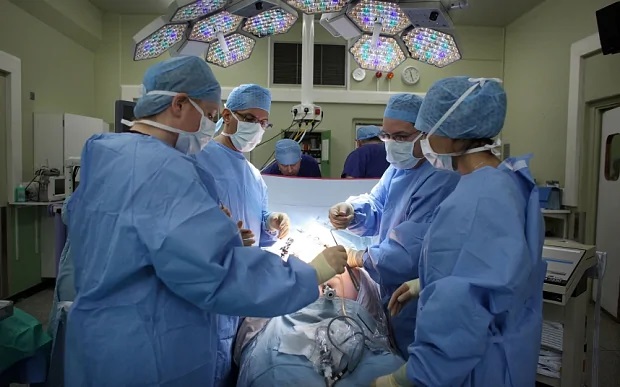 NHS has a record number of patients waiting to start their hospital treatments.

THE NHS has said that the number of people in England waiting to start hospital treatment has hit a new record high. Almost 4.6 million people were waiting to start treatment at the end of January 2021, according to figures from NHS England – the highest number since records began in August 2007.

The number of people having to wait more than 52 weeks to start hospital treatment stood at 304,044 in January 2021, a staggering 18,000 per cent increase compared with January 2020 and it is feared many people would have inoperable cancers due to the wait.

Patients have told of their pain and fear after having potentially life-saving surgery cancelled repeatedly since the start of the pandemic because of Covid’s devastating impact on normal NHS care.

People who were due to have an operation for cancer or a hip and knee replacement have been the worst affected by long delays, stories shared by Guardian readers show. But the suspension of NHS treatment has also hit those awaiting a hysterectomy or gall bladder removal.

Patients have described suffering in excruciating pain, worrying about their health and being left in limbo as their procedure has been cancelled, with doctors unable to give them a new date.

Data also shows the total number of people admitted for routine treatment in hospitals in England was down 54 per cent in January 2021 compared with last year. Some 139,378 patients were admitted for treatment during the month which is significantly down from the 304,888 admitted in January last year.

Emergency admissions to A&E departments in England also showed a fall last month, down from 510,811 in February 2020 to 421,651 in February 2021. It is thought the general public feared they would catch coronavirus if they went into hospital or even presented themselves at A&E.

NHS Test and Trace Programme ‘Had no Clear Impact’

It is still mandatory to wear masks during the pandemic, Amazon has a great range of masks, click on the link to see them all.https://amzn.to/3826Rmr