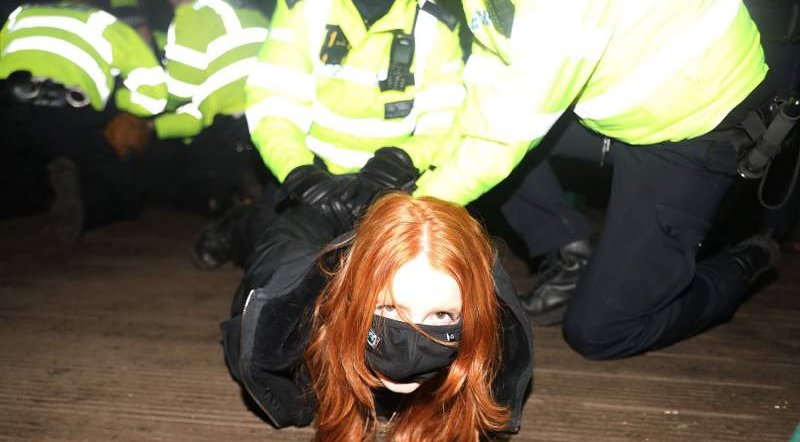 UK Labour and the SNP will be voting against the proposed Tory Policing Bill should Prime Minister Boris Johnston push for it to be passed through parliament.

Representatives from UK Labour said that though it was a vigil, not a protest, the scenes from Sarah Everard vigil in Clapham should be a red warning light that the UK Government should not be rushing through divisive laws to crack down on the right to protest.

“The tragic events of this week, and the powerful calls for change across the country to address the violence against women and girls, must be a powerful call to unite for change,” said Nick Thomas-Symonds, the Shadow Home Secretary and Welsh Labour MP for Torfaen.

“We are calling on the Government to drop its poorly thought-out proposals and instead work with UK Labour to legislate to address violence against women and girls and other issues such as tougher sentences for attacks on frontline workers,” he concluded.

Ian Blackford, the Scottish Nation Party’s Westminster group leader followed the same stance, stating: “The SNP will vote against the Tory Police Bill, which imposes disproportionate restrictions on our freedom of expression and right to protest. It is a rushed and poorly considered bill, which would damage the rights of people across the UK. It should be withdrawn immediately.

“I urge Boris Johnson to listen and scrap the bill as it stands. Instead of restricting people’s rights, the UK government must deliver meaningful action to tackle violence against women.

“The death of Sarah Everard is devastating. My thoughts are with her friends and family at this awful time. This must be a moment for real and meaningful change. We all have a responsibility to tackle the abuse, harassment, and violence that women face from abusive men every day,” he concluded.

According to the UK Government, the Police, Crime, Sentencing and Courts Bill will: