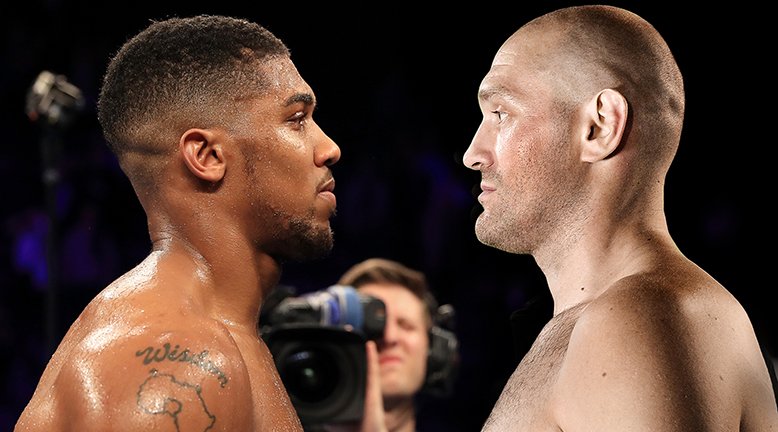 The ‘Battle of the Brits’, which is set for the undisputed WBA, WBC, IBF and WBO heavyweight world titles, has been confirmed by promoter Eddie Hearn with a date and venue to be announced in the coming weeks.

Promoters Eddie Hearn, Bob Arum and Frank Warren will now look to complete a separate site deal which will determine where and when the event takes place. They will also look at whether or noth the two-fight deal will be held in the same stadium.

“We’d like to get a site deal confirmed in the next month,” Hearn told ESPN.

“The hard part is always getting everybody to put pen to paper. But this was a major effort from all parties to get this over the line. You had rival promoters, rival networks and rival fighters.

“Speaking for myself, Anthony and his team at 258 management, I know how hard we’ve worked hard these last couple of months and I just feel that this fight is so big it’s not a difficult sell.

“We’ve already had approaches from eight or nine sites.

“The offers have come from multiple countries in the Middle East, from Asia, eastern Europe and America.

“This is the biggest fight in boxing and one of the biggest sporting events in the world.

“It will be a major, major win for a country that wants to showcase itself.”

Possible venues have been rumoured for a while and despite it being hyped as the ‘Battle of the Brits’, it looks likely that the heavyweight clash could be heading to America, with the 72,000 seater Allegiant Stadium in Las Vegas being touted. Dubai is also a possibility, although Brits will be hoping for Wembley.

The news will be welcomed by Tyson Fury, who claimed on Sunday, March 14, that he has been drinking up to 12 pints of lager a day due to a lack of movement on plans for the fight. The 32-year-old even posted a picture of himself with a bottle of Glenfiddich whisky.