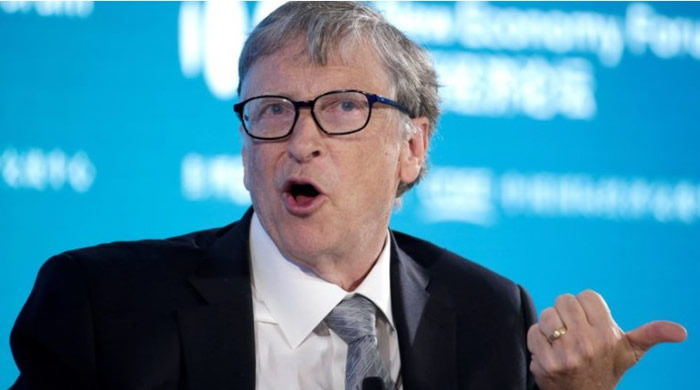 During his appearance last week on the ‘Late Show’ with Seth Meyers, the billionaire entrepreneur, Bill Gates, when asked by Meyers as to why people should look at the vaccination programs as being global as opposed to national, said, “Well, the first reason is that we don’t want other humans to die”.

Adding, “And so helping them out is morally important, but also we want the world economy to go back to normal. It creates jobs here. And we would also like to avoid the disease constantly returning to our country”.

Projections made by the Gates Foundation last December showed that the majority of people living in low-and middle-income nations had little chance of accessing Covid-19 vaccines and that as things stand, they would only be able to vaccinate a maximum of around 20 per cent of their populations.

Gates went on to explain to Seth Meyers that if infection numbers are contained globally, then vital sectors of the global economy, such as travel and tourism, could be reopened again.

“If we can actually get it to super-low numbers everywhere in the world, or even to zero, then tourism, travel, all these things can resume, which is very very important. And so we’re kind of all in it together, because, you know, people travel a lot, and we can share these vaccines not just based on who has the most money”.

The Gates Foundation has contributed a huge $1.75 billion to the global effort in combatting coronavirus up to the end of last year, making considerable donations towards the production and procurement of crucial medical supplies, and in a statement on its website, Mr Gates stressed that “fair access to vaccines is part of our origin story”, as reported by express.co.uk.

Thank you for taking the time to read this news article “Bill Gates Statement On Global Access To Vaccines – ‘All In It Together’”.