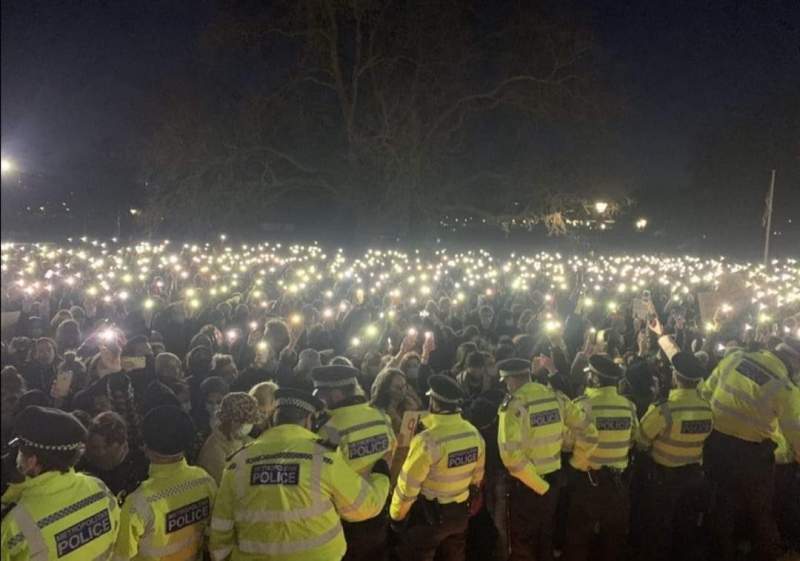 Public split over whether police should have allowed Sarah Everard vigil to take place.

The force made national news by dispersing a vigil to murdered Sarah Everard in Clapham Common.

Police are under fire for what is seen as a heavy-handed response to a peaceful gathering, with several arrests being made.

Men, however, say the vigil shouldn’t have been allowed by 47 per cent to 38 per cent.

The generations are much more at odds on the matter.

The older Britons are, the less likely they are to think the vigil should have been allowed. Half of 18-24 year olds (52 per cent) say police should have approved the vigil, with only 24 per cent disagreeing.

Among those aged 50 and over, however, 52-55 per cent say the police were right not to allow the vigil, with just 32-34 per cent thinking it should have gone ahead.

The police response to the gathering has prompted discussion about the broader right to protest during lockdown, but a majority of the British public tend to think it is generally right that protests, vigils and marches should not be allowed during the pandemic, according to the survey.

Six in 10 Britons (59 per cent) say that it is right that such gatherings do not take place during the current pandemic, compared to 26 per cent of Britons who disagree.

And the majority feel that Cressida Dick, the Commissioner of the Metropolitan Police, should not resign.

She has said she does not intend to resign over the incident, despite her boss – mayor of London Sadiq Khan – saying he was not satisfied with her explanation of police actions and calling for an investigation into the goings on.

And the British public tends to think Dick should remain in post. By two to one Britons say that she should not resign (47 per cent), compared to 23 per cent who think she should.