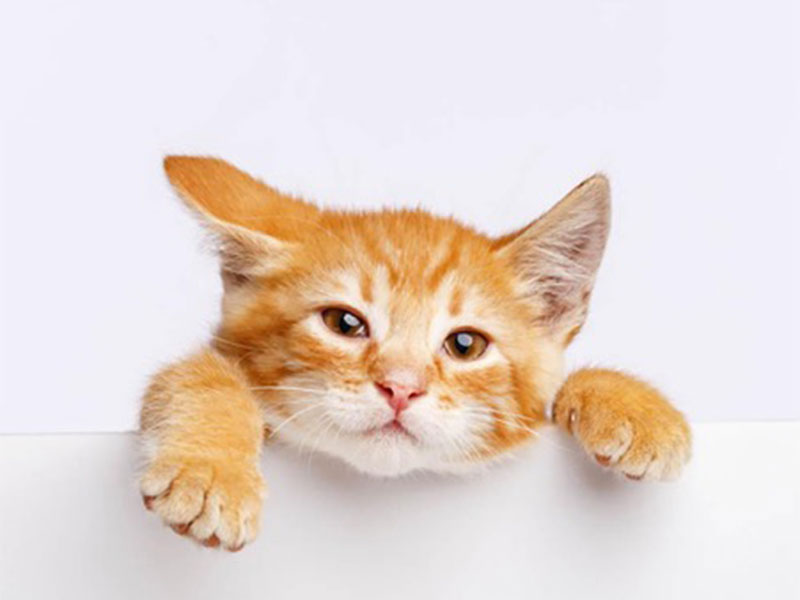 Cats have got to be the most popular pets in the world. Well, they have been companions to humans for the last 100,000 years! In fact, in recent years, the number of cats has risen to approximately 96 million, in the United States alone.

This is no surprise as cats have been regarded as gods and goddesses in history-like in ancient Egypt, where they were considered food supply protectors by the Roman soldiers who wanted to manage rats. In the Internet age, cats have also gained notoriety, with some garnering millions of followers on social media. Here are ten of the most famous cats taking the inter webs by storm.

Hamilton, the Hipster Cat, has over 700,000 followers on Instagram alone. The number is enormous enough to tell you how popular the cat is. However, Hamilton comes across as more unique than his title, hipster, suggests.

She has an identity handlebar mustache which is a consequence of discoloration that is on his face. From his Instagram posts, you will notice the mustache, which is on a whole other level, and the various unique styles in which Hamilton sleeps and relates with his company. It’s a real sensation. 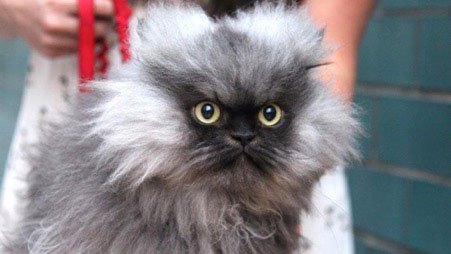 Colonel Meow was a crossbreed cat of American Himalayan-Persian origin who held the 2014 Guinness World Record for the longest fur on a cat. That tells you why everyone wanted to have an experience, at least by looking at the cat with a whopping 22.87cm of all-natural hair. You will agree that it was quite a feat, and that explains his celebrity status.

Maru is not your everyday cat. He has been in the game for over a decade now, entertaining his cat-loving loyal followers. His channel has over 600 videos that involve a lot of fascinating activities that include diving into cardboard boxes and spreading comically across the floor. He uses his childlike antics to entertain his audience, which has made him more popular each passing day.

Snoopy rose to fame in 2012 after his photos hit social media. Snoopy, the cat, hailing from Chengdu, China, began racking up thousands of fans who adore cats from around the globe.

Today, Snoopy still maintains its popularity as his large golden eyes and vacant facial expression continue to charm many of his followers and cat-loving fans worldwide. However, the rise of websites that host cat pictures has rendered tight competition to Snoopy. 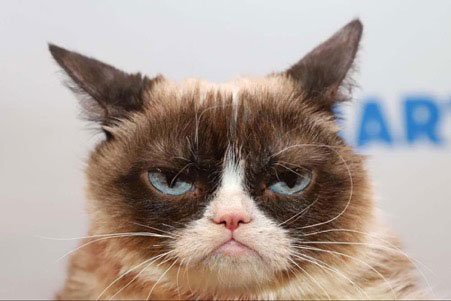 Grumpy cat has been entertaining the audience since 2012, and everyone has always wondered why the cat is so grumpy. There are funny theories that attempt to explain. For example, some say that a grumpy cat was forced to take a shower alongside two dogs.

Others suggest that Tardar Sauce, also known as grumpy cat, coughed up a particularly dense fur ball. However, the truth about the grumpy cat is that she has feline dwarfism and the placement of the teeth in her mouth makes her look grumpy. However, her owner is on record as confirming that grumpy is a friendly, happy, and loving cat.

Can you believe that a cat can play an electric keyboard? Well, that might sound just a bit exaggerated. Or taking the joke too far.

But it is unbelievable until you meet Keyboard Cat, who was featured as “Fatso” in a 1984 video which only found its way to the Internet 23 years later, in 2007. However, Keyboard cat took the Internet by surprise and almost immediately garnered a staggering 53.2 million views on YouTube.

Honey Bee, the blind cat who loves adventure, was adopted from an animal shelter known as Animals Fiji. Bee’s compassionate owners intended that Bee also enjoy life to the fullest, despite being blind. Today, Bee’s owners and her take regular hiking trips, which Bee has been found to enjoy.

Although she does not see, it is quite clear that she uses other senses, including perceiving space, smelling water, and listening to the rustling of bushes around her. Hiking has been found to provide a wealth of natural sensations for Honey Bee to enjoy and develop her intelligence, overcome her drawbacks, and enjoy life independently.

A popular truth is: two-faced people are more popular than two-faced cats. Does that sound like a fun fact? Well, maybe not, but meeting Venus will fascinate you. While she may not talk behind your back, she may as well interest you with her face that comprises two completely different colors.

The colors are split almost exactly down the middle. The right side of Venus’ face consists of jet-black fur and an emerald eye. The left side of her face has light-ginger fur and a sky-blue eye. The condition can be biologically explained, although professionals have not agreed about the condition.

Bob is the loyal cat to musician James Bowen. They became friends in 2007 when their lives were at a lower ebb. Bob’s story is so popular that it has been told in the book, “A Street Cat Named Bob,” as well as in a National Film Award DVD. Bowen says that Bob’s best trick is that he is the ultimate escape artist. He says that Bob goes for what he likes, including going out for fresh air.

He is Singapore’s very own gangster cat. His body is full of scars that are a result of many catfights he has had. Scarface has been featured in the media in numerous publications, including Your Cat magazine, Channel News Asia, and Kiss92 radio station.

Cats will always make adorable pets. They have been companions to humans for thousands of years. That explains why the Internet has made many cat celebs!