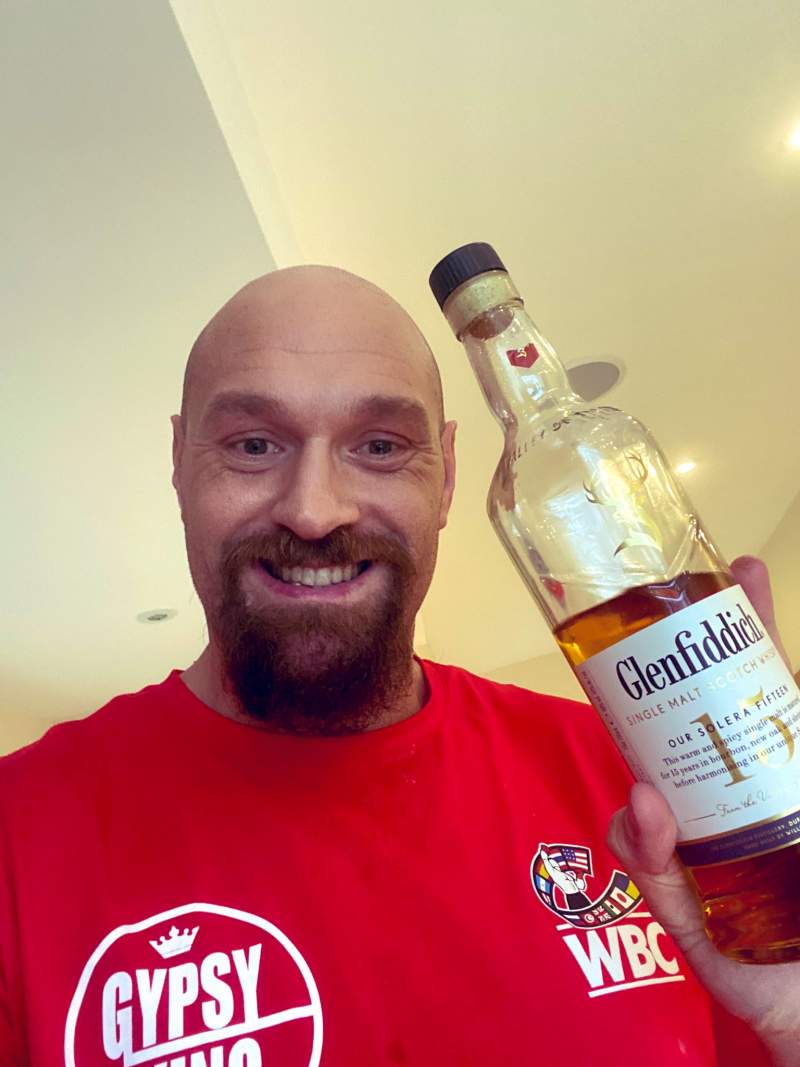 Tyson Fury Warming Up For Proposed Anthony Joshua Fight With Beer and Whisky.

ON March 3, fight fans were given the news they had all been waiting for when Top Rank boss Bob Arum announced that the all-British undisputed heavyweight clash between Tyson Fury and Anthony Joshua had been “agreed” – with ‘Battle of the Brits’ potentially heading to America with the 72,000 seater Allegiant Stadium in Las Vegas.

However, there has been a lack of movement on plans for the fight, and it appears the waiting has got to Tyson Fury. On Sunday, March 14, the 32-year-old, who hasn’t fought since knocking-out Deontay Wilder in February 2020, claimed he has been drinking up to 12 pints of lager a day and posted a picture of him with a bottle of Glenfiddich whisky.

The heavyweight fighter, who has had a history of drug and drink abuse, captioned the picture by saying that he has “whisky on my mind” and that the booze was curing the ‘Sunday blues’.

Fury also recently said he will NEVER fight in the UK again and the Anthony Joshua fight is well off schedule.

Fury, told IFL: “Whatever they say is very unimportant to me because, until I have a fight date and a hell-of-a-lot of money in my pocket, there is no fight.

“Will I be fighting Joshua in the next ten minutes? No. Do I think the fight will eventually happen? Yes, it has to happen. Do I think it is next or imminent? No.

“I am not going to hold my breath for it, that’s for sure.

“I am not going to put all my eggs in one basket because I have been guilty of doing that before and, when the fight doesn’t happen, that is when I end up in a massive depression and feel like killing myself.

“I am not going to say ‘it is definitely happening in June or July’”.

Fury and Joshua are set for a historic all-British clash – the first time in heavyweight history that all four WBC, WBA, IBF and WBO belts will be on the line.