Use of social media causes controversy within Spain’s police forces 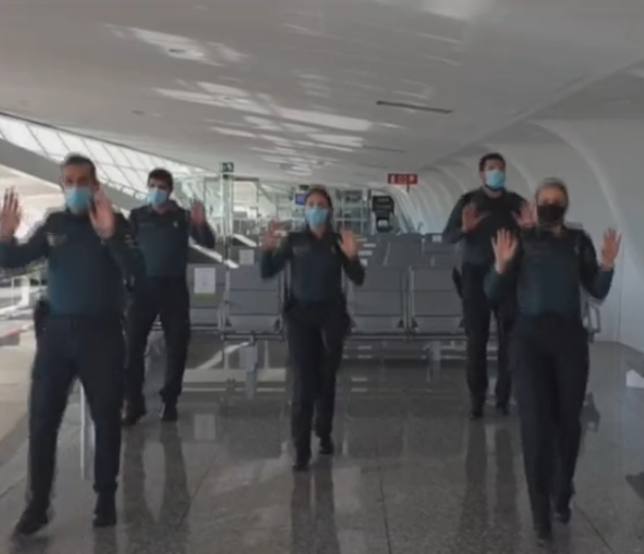 SOME members of the National Police force and Guardia Civil are upset by the use of social media, especially TikTok, which they say damages the image of the forces.

Both forces have taken to using TikTok, as the Interior Ministry says that it is a way to reach a sector of the population which spends its life watching videos and doesn’t respond well to rules and orders.

Like forces in other countries, the Spanish National Police and Guardia Civil have included numerous dance routines, such as the famous ‘Jerusalema challenge’, as well as performances and other content which many find inappropriate and believe shows them behaving in a “ridiculous” manner.

Social media for the forces is handled by their Communication Departments and this controversy has mainly involved the head of the department for the National Police, Antonio Nevado, who responded to criticism by saying that his team was doing an incredible job.

A photo had been posted by one of the police unions comparing the work of an officer heading into a dangerous situation and another in a TikTok video, suggesting that it was unfair that both were earning the same salary. They added that police who “want to dance or be clowns should go to the disco or the circus, but they should leave their uniforms in their lockers or at home”.

Another said that there are “hundreds of ways to show citizens the services we provide, without the need for dancing or singing” and added that now was not the time.

The National Police launched their TikTok account in November last year and within 24 hours of publishing their first video, they had 40,000 followers, a figure which is way above 220,000, with more than a million likes and more than 12.7 million video views.

Meanwhile, the Guardia Civil launched theirs three months ago and has more than 233,000 followers, 2.2 million likes and 22 million views.

Fernando Cubillo, who is in charge of the social networks of the Guardia Civil, explained that this was the way to reach youths between 14 and 26 years old, and the way to do so is learn the language of social media, using music and images, highlighting that TikTok is proving very popular. He also said that amongst the followers are the “Guardia Civil of tomorrow” adding “if we don’t know how to reach them, we can’t complain that there are not enough people wanting to join the forces”. In fact, both the National Police and the Guardia Civil confirm that one of the most frequently asked questions by followers is how they can join the forces.

Meanwhile, the Interior Minister, Fernando Grande-Marlaska, refuses to accept comments about the videos discrediting the forces and maintains that the aim is to bring them closer to the younger population.

The critics are not denying that the channels reach the youths, but they object to the image which is being portrayed, which they say is not serious and does not reflect their work or the fact that they are a figure of authority.

Take a look at their channels and judge for yourself.