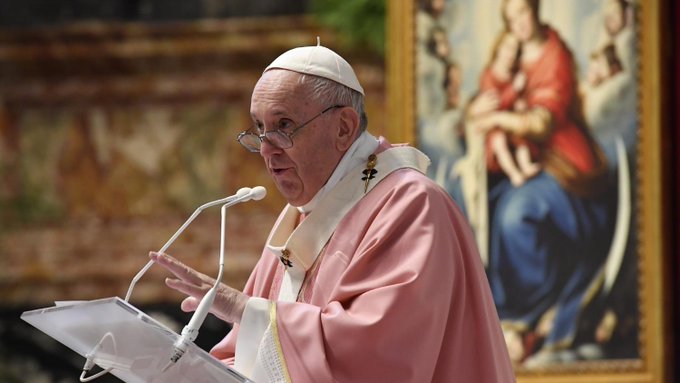 THE Vatican said today, Monday, March 15, that priests and other Catholic Church ministers cannot bless same-sex union, adding that “it does not imply a judgment on persons” involved.

In a statement, the Congregation for the Doctrine of the Faith (CDF), said the Church doesn’t have the power to carry and therefore such blessings cannot “be considered illicit” if carried out.

The statement was issued in response to a question about whether Catholic clergy can bless gay unions.

The CDF response was “negative” in a two-page explanation published in seven languages and approved by Pope Francis.

The Pope said that “it was not intended to be a form of unjust discrimination, but rather a reminder of the truth of the liturgical rite”.

The Vatican said it accepts that gay people must be treated with dignity and respect, but that gay sex is “intrinsically disordered.” Catholic teaching holds that marriage between a man and woman is part of God’s plan and is intended for the sake of creating new life.

“The presence in such relationships of positive elements, which are in themselves to be valued and appreciated, cannot justify these relationships and render them legitimate objects of an ecclesial blessing since the positive elements exist within the context of a union not ordered to the Creator’s plan,” the response statement reads.

The Pope has endorsed providing same-sex couples with legal protection in gay unions on a civil level, but not within the church.