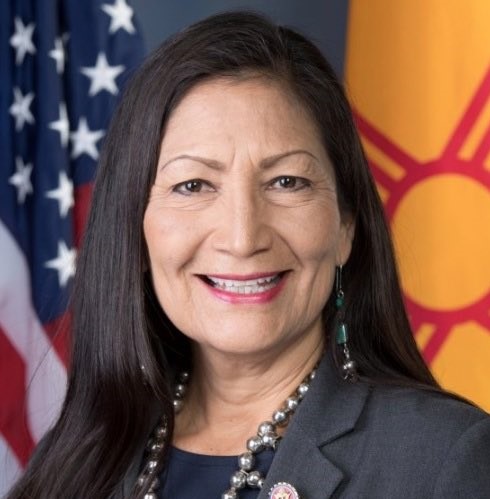 IN a historic move, the Senate has confirmed her appointment as President Joe Biden’s Interior Secretary.

During her confirmation hearings, Haaland highlighted her history-making nomination, saying, “The historic nature of my confirmation is not lost on me, but I will say, it is not about me. Rather, I hope this nomination would be an inspiration for Americans — moving forward together as one nation and creating opportunities for all of us.”

Talking about her motivation to take on the role, she said it was “difficult not to feel obligated to protect this land, and I feel that every Indigenous person in this country understands that”:

She was voted in 51 to 40, with the majority of Republicans voting against her citing her views on public land use and fossil fuels “extreme”.

However, four Republicans, Senators Lindsey Graham of South Carolina, Susan Collins of Maine, and Dan Sullivan and Lisa Murkowski of Alaska, joined all Democrats in voting for her.

In 2018, Haaland was elected as one of the two first female Native Americans in Congress.

She will now be part of Biden’s bid to tackle climate crisis and reduce carbon emissions.

Thank you for taking the time to read this news article “Dee Haaland confirmed as first Native American Cabinet secretary in US history”. For more UK daily news, Spanish daily news and Global news stories, visit the Euro Weekly News home page. Euro Weekly News is delighted to continue to be able to bring you a range of News from around Spain in English and Global News live as it happens.