League One Wigan Athletic Announce Sale Of The Club 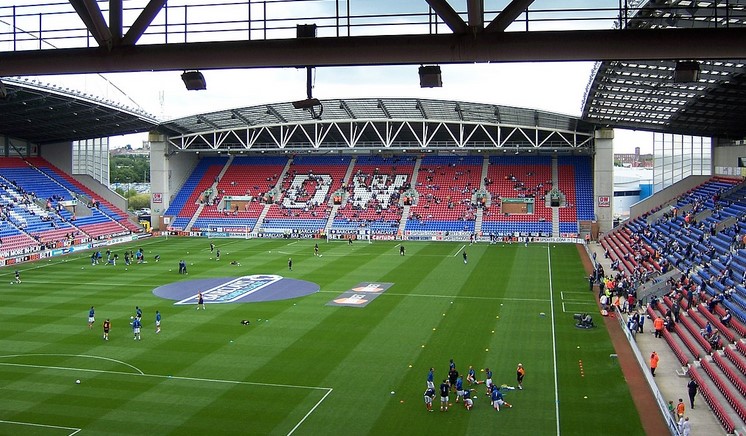 Wigan Athletic, the League One club who went into administration last summer, with a subsequent 12-point deduction relegating them from the Championship, said in a statement on Monday 15 that an agreement over the sale of the club had been reached with Phoenix 2021 Limited.

The statement said; “We have agreed a sale of the club and related assets to Phoenix 2021 Limited, and we are in the process of finalising the transaction. Contracts have been exchanged, a deposit has been received, and it is envisaged that the sale will be completed by 31 March 2021 at the latest”.

It continued, “The outstanding matters that need to be finalised to allow completion are practical matters around EFL membership and property transfers. The sale allows for non-football creditors to be paid a minimum dividend of 25p in the pound which avoids a 15-point penalty deduction for the club which improves the prospect of remaining in League One this season”.

Adding, “We are working with the purchaser and their management team to ensure that the sale of the club concludes as soon as possible, to allow some much-needed stability both on and off the pitch. We have also been working closely with the EFL in relation to the sale and liaising regularly with the official supporters club”.

Wigan are in the relegation zone in League One, on goal difference, with a trip coming up on Tuesday evening to play AFC Wimbledon, the bottom side.

Phoenix 2021 Limited is a UK-based company owned by Abdulrahman al-Jasmi, who will become Wigan’s new owner, subject to approval by the EFL board.

Incoming chairman, Talal al-Hammad, said, “I am delighted that we have been successful in our negotiations with the administrators and that we are now able to help restore pride and belief with everyone associated with the club”.

He continued, “To Latics fans everywhere, we can only guess at the amount of hurt and distress you have felt since the club entered administration, and it is now our focus to stabilise its future and to illustrate why we believe we are the best ownership group for the club. We know that we will have to earn your trust through actions rather than words”.

Before adding, “The support and assistance we have received from Caroline Molyneux at the supporters club, David Molyneux and Alison McKenzie-Folan at Wigan Council and all their colleagues, has been outstanding and extremely encouraging for the club’s future, which is one that we wholeheartedly share and are excited about”, as reported by theguardian.com.

Thank you for taking the time to read this news article “League One Wigan Athletic Announce Sale Of The Club”.