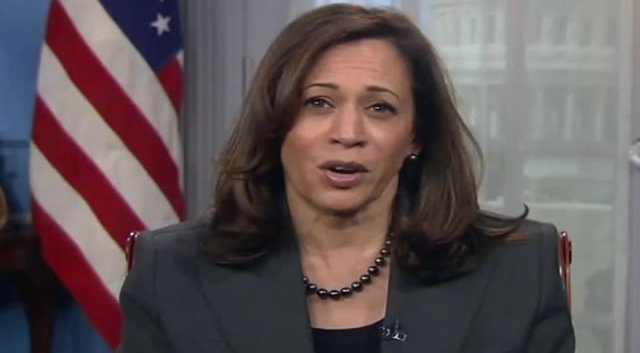 MAN With Gun And Ammo Has Been Arrested Near Vice President Kamala Harris’s Residence in Washington.

The US Secret Service stopped and arrested a Texas man wanted by the police on Wednesday at around 1pm, in the northwest section of Washington on Massachusetts Avenue, just outside the Naval Observatory, which contains Vice President Kamala Harris’ residence, it has been reported by American news channel NBC4.

When police searched his car, which was parked in a garage several miles away, near the Washington Convention Center, Paul Murray, a 31-year-old from San Antonio in Texas, was found to have a rifle, several handguns, a large amount of ammunition, and a number of gun clips, in his black coloured Chevy Impala.

Also inside his vehicle was what police described as a large capacity ammunition feeding device, and said that he was in possession of, “an AR-15 semi-automatic rifle, 113 rounds of unregistered ammunition, and five 30 round magazines.”

Andrew Leyden, a former Capitol Hill staffer who lives near the Naval Observatory witnessed the arrest, and said, “A bunch of cops passed me at the National Cathedral. What was really odd was it was marked units and unmarked units. I saw that kind of scraggly looking guy, cuffed.”

The man’s motive is still being investigated, but a DC source apparently told Fox 5 that the man, a former army drone operator, supposedly wanted to talk to the president, was reportedly experiencing paranoid delusions and thought the government was after him, that’s when he purchased an AR-15 and told his mother he was heading to DC to “take care of his problem.”

Allegedly, Murray’s arrest came after Texas police tipped-off DC authorities, and US Capitol Police confirmed that an alert for a suspect had gone out to various agencies in the DC area on Wednesday afternoon.

At the time of the arrest, VP Harris was working in the Eisenhower Executive Office Building, right next to Blair House, a 19th-century house steps away from the White House, while the Naval Observatory is the traditional Vice President’s mansion, Harris and Second Gentleman Doug Emhoff have been living at Blair House.

Thank you for taking the time to read this news article “Man With Gun And Ammo Arrested Near Vice President Kamala Harris’s Residence”.