3 Reasons Why Bitcoin Is On The Rise 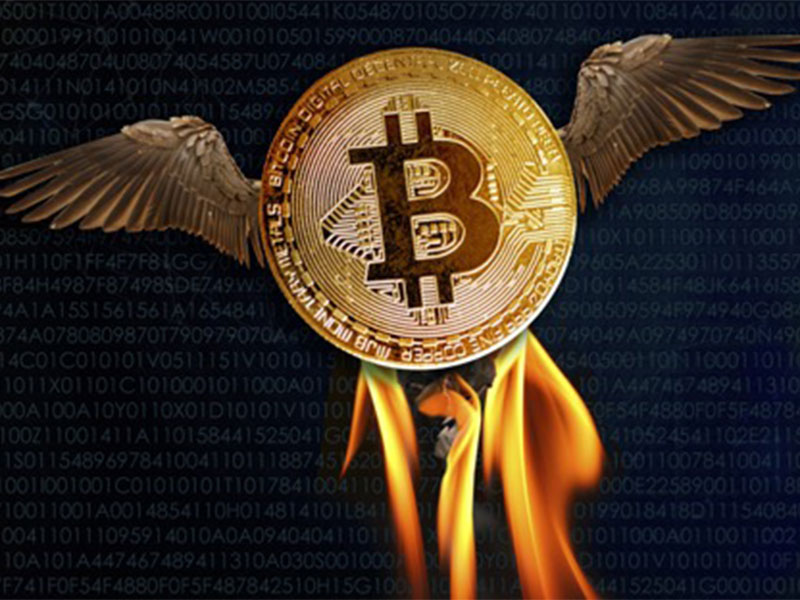 Despite the global pandemic wreaking havoc on almost all major industries around the world, the cryptocurrency market has continued to witness a boom. Many new cryptocurrencies have even emerged during this time of pandemic to cater to the huge increase in demand for Bitcoin and other well-known cryptocurrencies.
With the help of the growth of Bitcoin, the total Cryptocurrency market cap crossed the $1 trillion mark recently. Bitcoin has played a huge role as the Bitcoin market has been on a bull run for quite some time now. To be exact, Bitcoin makes up about 68% of the total crypto market value.
The price of one Bitcoin has seen approximately a 400% rise in the price and has reached new skies. The growth of Bitcoin has also helped other cryptocurrencies grow and paved the way for new cryptocurrencies.
As the price of cryptocurrencies, including Bitcoin, have been on the rise, the traders and investors are wondering why. We are now going to look at some of the reasons why cryptocurrencies like Bitcoin continue to rise.
Institutional Adoption
A lot of people are aware of the volatile nature of cryptocurrencies. However, a lot of investors and traders now consider Bitcoin to be a safe haven asset against market volatility and inflation.
The situation that has been created due to today’s societal and economic climate also makes people want to hold less cash now. More and more individuals, companies and institutes want to stay hedged against market swings.
There has been a recent trend amongst public companies where they convert their cash treasuries into digital assets in the form of a cryptocurrency, which in most cases is Bitcoin.
Not so long ago, Tesla bought a huge amount of Bitcoins and that also played a big part in the growth of the cryptocurrency. Many businesses and companies are looking to do the same with their cash reserves as Bitcoin is considered to be a better store of value. Bitcoin continues to grow as more and more corporate giants trust Bitcoin as a currency and value store.
Paypal & Cryptocurrencies
Before the year 2020 ended, PayPal announced that their users can start buying, selling and holding cryptocurrencies on their platform. PayPal is a global digital payments company and adding these features helped many cryptocurrencies, including Bitcoin, gain more traction.
The launch included the top four famous and most traded cryptocurrencies, namely Bitcoin, Ether, Litecoin and Bitcoin Cash. Paypal has also stated that they will soon allow transactions to be made using Bitcoin.
PayPal is known to have 300 million users around the world who could adopt Bitcoin as a payment method. Moreover, 30 million merchants on the PayPal platform will also have the option to accept payments in Bitcoin.
It seems as if PayPal has become one of the supporters of Bitcoin and cryptocurrencies to be accepted as means of exchange. The support of PayPal and others has caused an increase in demand for cryptocurrencies, thus contributing to the growth of Bitcoin.
Apart from Paypal, many countries have now accepted that the future of money is digital. Many countries outside of Europe have taken a positive stance towards cryptocurrencies. China has introduced a state back digital currency, known as e-yuan. Many governments around the world are looking for ways to regulate cryptocurrencies that are decentralized. In the future, we might see more countries following this trend.
Easy Accessibility To Public
As we have discussed above, Bitcoin is a digital currency that can be used either as a store of value or as a mode of exchange/payment method. Bitcoin has gained a lot of attention because of the advantages that it offers to the users.
Bitcoin transactions are fast, easy and do not require a confirmation from a bank or any other central authority figure. There are many who are not looking to perform transactions with Bitcoin, but still want to convert their cash into these digital assets. Many experts and analysts believe that Bitcoin is still in its infancy stage and it shall continue to grow for now.
Many investors and traders are always looking to obtain these digital assets. People buy when the price is low and then sell later when the price increases in order to make profit. The Bitcoin market provides traders and investors with a lot of opportunities to make money every day. Moreover, the market never shuts down, you can perform trades 24/7.
As Bitcoin has become more accessible to the public, more people are looking to buy which causes an increase in the demand. Ultimately, this leads to an increase in the price of Bitcoin.
If the increase in prices of the cryptocurrencies is making you think that it might be too late to invest in Bitcoin, understand that this is just the beginning. Bitcoin will become mainstream as more and more countries seek to regulate the crypto market.