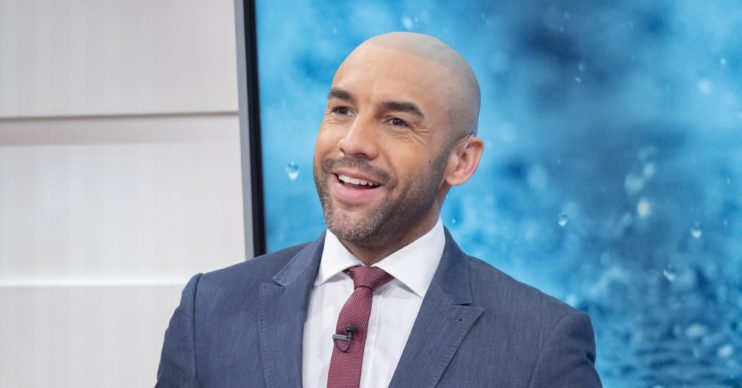 Alex Beresford, Good Morning Britain’s weatherman, has returned to the now declining ITV show for the first time since his infamous row with Piers Morgan led to the former newspaper host quitting the programme 10 days ago.

Alex appeared on the show this morning in his usual weather presenter capacity, and not as the main co-host, this was despite calls from thousands of viewers for him to replace Piers after their TV showdown.

Last week Piers, 55, stormed off GMB after becoming embroiled in a heated debate with Alex over his comments about the Duchess of Sussex Meghan Markle following her two hour tell-all with Oprah Winfrey.

Piers, who has never made secret his displeasure for Prince Harry’s wife, said he didn’t believe a word the former Suits actress said – adding he wanted more context on the alleged racist comment made about the colour of her then-unborn baby’s skin.

According to reports, Piers’ comments lead to a record 57,000 Ofcom complaints, including one from Meghan Markle herself. After his exit, he was apparently dragged into an urgent meeting with ITV bosses where Piers was asked to make a live TV apology – he refused and quit the show arguing he was fighting for free speech.

In a statement posted to Twitter last Thursday around 48 hours after Piers walked from GMB, Alex said: “There is so much that could be said. Piers’ departure sincerely wasn’t the conclusion I was hoping for. Over the last few years, Piers and I have had a lively, cheeky on-air relationship.

“We both wanted to be on the show Tuesday morning, and from our very public conversations on Twitter, we both knew how strongly our opinions differed on the treatment of Harry and Meghan pre and post the interview that has split the world. I hoped we could reach a place of understanding. It’s sad that we weren’t able to get there, but challenging his opinion was not an outrage. On this occasion, we have to agree to disagree.

“I didn’t want him to quit, but I did want him to listen. Personally, Piers has always supported my growth. He’s given me advice on several occasions and for that I am grateful. I wish him well!”

Alex Beresford finds overnight fame in America after standing up to Piers Morgan.

Alex rocketed to overnight fame in America after he called out Piers Morgan live on air, he sparked conversation all over the world when he slammed the star for being “diabolical” over not believing Meghan Markle’s mental health struggles.

The Los Angeles Times asked America to “start talking” about the star, with culture columnist and critic Mary McNamara heaping on the praise for Alex as he spoke up for a “woman repeatedly getting torn down”.

She wrote: “Alex Beresford, on the other hand, is the opposite of boring. He’s the guy who came out of nowhere to say what many were thinking, the Good Morning Britain weather presenter who decided he could not remain silent while a woman was repeatedly getting torn down. Even if speaking out meant facing a senior colleague’s on-air wrath.”