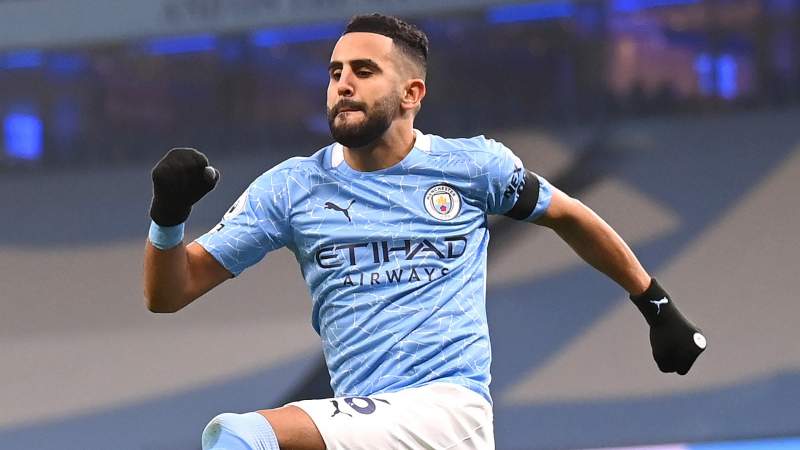 A forklift truck driver who used a bank card belonging to Manchester City star Riyad Mahrez to go on a £175,000 (€203,787) spending spree has been jailed for fraud.

Sharif Mohamed, 32, admitted he spent the footballer’s money on clothes for his children and drinks in high-end bars in Ibiza but claimed he was part of a wider group of people who accessed the card and that it was he that had been made “the fall guy”.

London’s Snaresbrook Crown Court also heard the Barclays Bank card was used at a casino in London, for hotels stays, at a nail salon and for meals at Nando’s and Greggs. Sentencing Mohamed to three years and eight months in prison, Judge Laurence West-Knights QC said that “staggering sums” of money were stolen.

The court heard the gang made “hundreds of transactions” of varying amounts in an “incredibly intense” period of spending. Mahrez only spotted that the large amounts had been drained from his card in September 2017, after the scam had been going on for a month, and his bank was forced to reimburse him £175,830 (€204,794).

Mohamed, of Forest Gate, east London, previously claimed another member of the group called the bank pretending to be the footballer and that he was only able to use the card under supervision from others.

Judge West-Knights said: “Only two months later you were involved in committing these offences with the same man, and possibly with the same others, we don’t know.”

“You knew jolly well that you had handed the card over to the rest of your group and they would go off and spend a great deal of money on it. The essence of this fraud was that it appears to have been one perpetrated on an individual with a great deal of money, somebody who in fact would not spot these vast sums disappearing from the account at least not straight away.

“It is important for this to work that the card goes on being milked immediately. I think it is just possible that you did hand the card over and they went away (on holiday with it).”

Mohamed admitted one count of fraud at a previous hearing at the same court in December. He told the court two of the names of his alleged accomplices and said that despite going on holiday with them to Ibiza, that he only knew the others as men by the nicknames of Nanna and Chris.

The judge said he was satisfied that Mohamed knows more than the nicknames of the people who he claims were also part of the fraud.

He added that “there is much about what you say which is wholly unreliable”. The Crown Prosecution Service (CPS) confirmed the victim of the scam was Mr Mahrez – a winger who now plays for Manchester City.

In August 2017, when Mr Mahrez was playing for Leicester City, an individual called his bank requesting a replacement card, according to information provided by the CPS. The card, from Barclays Bank, was not sent to the player’s address and Mr Mahrez did not receive it.

Transactions made with the card in August and September 2017 included meals at restaurant chain Nando’s as well as payments for hotels and at a nail salon.

It was used to make purchases on a Jet2 flight and money was spent on the Spanish island of Ibiza, including at the Nikki Beach venue.

The card’s usage was cross-referenced with CCTV at cashpoints in a Stratford shopping centre and Leicester Haymarket, which showed Mohamed withdrawing money around 10 times. He admitted using the card in Leicester and at Aspers Casino in the Westfield shopping centre in Stratford, east London, having been given it by others, as well as on a flight to Ibiza.

Mr Mahrez left for Manchester City for £60 million in the summer of 2018, two years after winning the Premier League title with Leicester City.