Funeral etiquette – how to make a donation instead of giving flowers 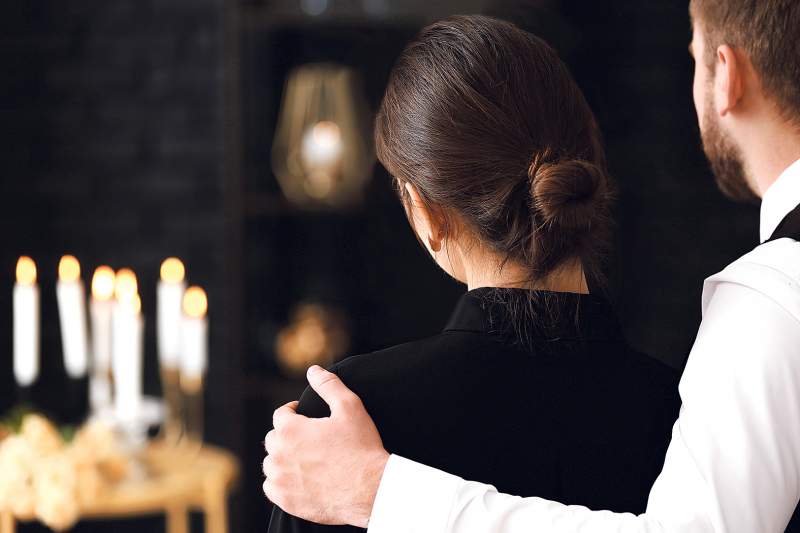 THERE are many rules of etiquette regarding funerals which you may be unaware of if you are attending one and should know, here we will deal with the matter of funeral donations in lieu of flowers.

For example, if you read the words “in lieu of flowers” in an obituary, it means the family is asking for a contribution to a charity or to help pay for the funeral costs, instead of sending flowers. If this happens, you should try to respect their wishes as it may be something in which they find comfort or which helps them out at an already difficult time.

However, unless mentioned specifically by the family, this doesn’t mean that you can’t send flowers too.

When sending a donation instead, the amount should be equal or slightly more than the amount you would have spent on flowers.

If you choose to honour the family’s request for a donation as well as sending flowers, you should note on the sympathy card that accompanies the flowers that you have made a donation in memory of the deceased so that they know you followed their wishes.

Your memorial donation can be made in many different ways, and if the family has chosen a charity or cause to donate to, then they may possibly have included instructions on how to do so. If not, if it is clear which charity they would like you do donate to, go to the website of that charity where there will likely be a way of donating directly, or, if you are unsure about how to do it, there will be contact details so that you can get in touch with them to explain what you would like to do and why.

Your donation can be as small or large as you want, but if your budget is tight and you would still like to make a contribution, €5 is an appropriate amount to start with.

If the family has not specified a charity or cause to which they would like you to donate, there are many options you can choose from.

There are medical research associations and societies, which are the most common options, especially if the death was due to a certain ailment or the deceased had been afflicted by a certain condition, such as cancer, heart disease, diabetes, etc.

You could also donate to a place of worship. If you’re not sure which would be the option preferred by the deceased, you could check the obituary, which may mention one, or ask at the funeral home.

As well as medical associations, there are many other causes that the deceased may have cared about, such as helping children or animals, both near and far.

If the deceased has children, you could make a donation to their school or university, or alternatively you could contribute to their college fund or similar account, help to pay for private lessons, or put money towards an enjoyable event for the family which will be an occasion for them to come together and remember their loved one.

Make sure you keep a record of the donation as it might be tax deductible.

If you want to give some money to the family rather than donating it, if they didn’t request it, tread carefully. They could find it insulting or consider that you have given your money to the wrong person. One option to avoid uncomfortable situations could be donating anonymously through the funeral home.

In many cases, if there is a funeral or memorial and a donation has been requested, there will most likely be provisions made so you can make a donation there and then. If donation envelopes are provided, you can put money or a cheque in it and add your name and address.

If you are not attending a memorial, as mentioned above, it can be done online, but try to make sure it is within the fortnight following the funeral.

If you were unaware of the death or could not afford to make a donation at the time, you can still do it later, it will still be appreciated.