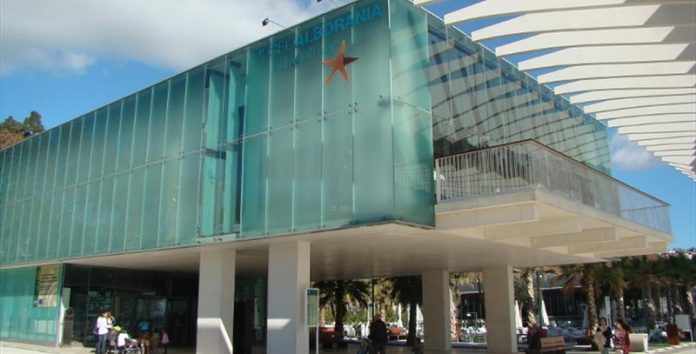 PROTESTS have been held as Malaga’s Aula del Mar announced it is facing closure.

The Aula del Mar in Malaga said it needs €500,000 to avoid closure.
Representatives of various companies and others have come out to protest after the Aula del Mar marine education centre announced it faced closure due to lack of funding.
The centre said it now needs around €500,000 to remain open.
The news comes after it emerged signatures are being collected in a petition to prevent the Aula del Mar from closing.
The Aula del Mar, a marine study centre, is facing closing after more than 30 years due to its finances unless it receives funding.
President of the Aula del Mar, Juan Antonio Lopez, said: “We have run out of money.”
The petition calls on Malaga City Council, the Provincial Council and the Junta de Andalucia to prevent the centre closing.
The centre was created in 1989 with the aim of advancing the study and protection of marine flora and fauna.
The petition, registered this week, currently has more than 250 signatures and will be open until 11am on March 19. Once closed, the letter of support that is attached to the petition will be sent to the administrations together with the collected signatures.
Juan Antonio Lopez told one publication the Aula del Mar will only stay open if given funding by the city council, Provincial Council and Junta de Andalucia.
According to Lopez, an annual budget of €600,000 is needed to allow the Aula del Mar to remain open.
He said the centre currently has no funding apart from €80,000 it was given by the Provincial Council.
Juan Antonio Lopez said he now wants Malaga City Council, the Junta de Andalucia and the Provincial Council to each give €150,000 so the centre can stay open and continuing receiving tourists.