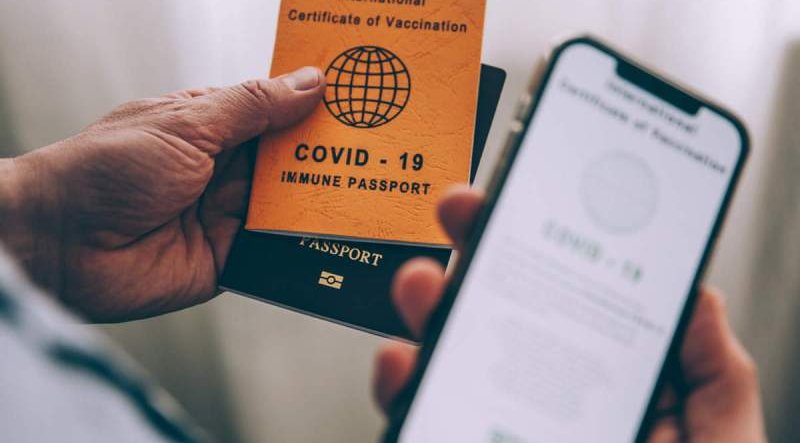 Spanish Government To Trial Vaccine Passports In The Balearic And Canary Islands In A bid To Trigger Tourism.

The Spanish tourism sector has pinned all its hopes on the vaccination campaign and the application of the health vaccine passport in which the European Union is working on to facilitate travel between countries.

The Spanish government wants to carry out a test in the main holiday destinations once it is approved, according to reports. The Balearic Islands and the Canary Islands are among the autonomous communities with the most urgent need to test this passport, given the amount of dependency tourism places in their economy, the Minister of Industry, Tourism and Commerce, Reyes Maroto, said yesterday. The Government has not ruled out piloting the health passport in other destinations such as on the mainland.

During a visit to Mérida, Maroto enthused that Brussels has already made a proposal for a regulation to develop the certificate. ‘The health passport should be approved and active by the summer,’ said the minister- ‘in that way the arrival of foreign tourists can be reactivated in a safe way.’ she added.

The health passport will be available to anyone who has already been vaccinated against covid, has passed the disease or has a recent negative test, which would give them the freedom to travel within Europe.

At the moment, seven different ministries are working together to help launch the certificate in Spain, although Maroto recalled that its application will be linked to “containing the pandemic and accelerating the vaccination process.”

A leaked government document that Bloomberg obtained apparently shows that the EU is about to agree to a Covid passport scheme that will allow Brits who have been vaccinated or who can prove they have the antibodies to travel abroad.

The Sun has reported on this leaked document, saying that the EU will soon publish details of their ‘digital green pass’, which will then allow Brits to go on holiday in Europe this summer, and non-EU citizens can travel if they are ‘in a position to present certificates under a system deemed sufficiently reliable.’