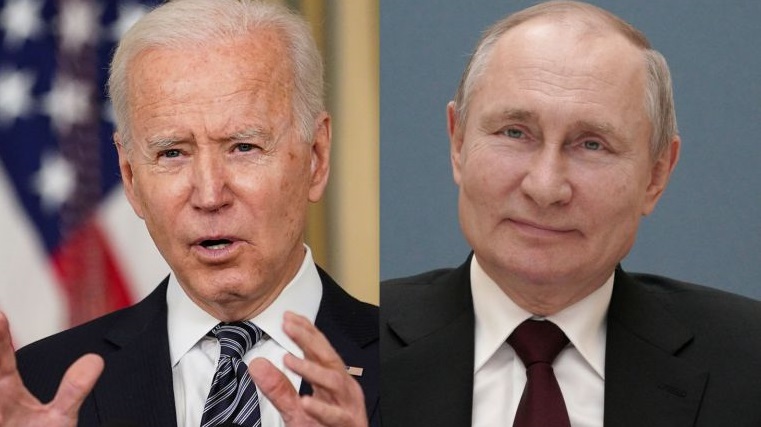 Russian leader Vladimir Putin – in response to Joe Biden’s extraordinary comments during his interview with George Stephanopoulos on ABC News where he called the Russian a “killer” – has today, Thursday 18, challenged the US President to take part in a live online debate with him, as early as tomorrow, Friday he said.

Speaking on Russian state TV network RT, Putin also threatened retaliation if Biden didn’t apologise for his comments on ABC News, but suggested that he would call on the Russian Foreign Ministry to approach Biden’s administration about the discussion.

Jen Psaki, the White House Press Secretary, when questioned during a press briefing on Thursday afternoon about Putin’s offer replied, “I’ll have to get back to you if that is something we’re entertaining. I would say that the president already had a conversation already with President Putin even as there are more world leaders that he has not yet engaged with”.

Adding, “I don’t have anything to report to you in terms of a future meeting. The president will, of course, be in Georgia tomorrow and quite busy”.
When pressed by reporters with suggestions that maybe the president had gone too far in his comments about Vladimir Putin, and was inciting a problem with Russia, Psaki brushed them off, saying, “The president gave a direct answer to a direct question. President Biden has known President Putin for a long time”.

“They’ve both been on the global stage for a long time, worked through many iterations of a relationship between the United States and Russia and he believes that we can continue to do that”, she added, “The president is not going to hold back, clearly, when he has concerns, whether it is with words or actions”.

A senior Russian lawmaker warned on Thursday that Russia will retaliate against Washington if it fails to apologize, with Konstantin Kosachyov, deputy chairman of parliament’s upper house, saying Biden’s comments were unacceptable, just hours after the Kremlin called its US ambassador back to Moscow.

“This kind of assessment is not allowed from the mouth of a statesman of such a rank. This kind of statement is not acceptable under any circumstances”, Kosachyov added, as reported by The Sun.

Thank you for taking the time to read this news article “Vladimir Putin Challenges Joe Biden To A Live Online Debate”.