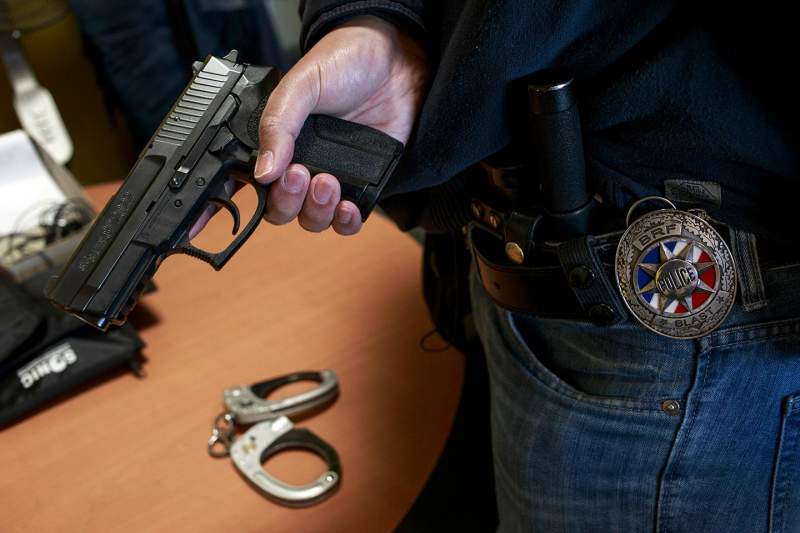 France’s Senate has passed Article 25 of a new security law that allows off-duty police officers to carry their firearms into public establishments such as theatres and shopping centres, the new law also forbids the management of such places from preventing it.

The new law is not as well known as the same security law’s Article 24, which aimed to criminalise the dissemination of images of police officers that could harm their “physical or mental integrity” – when this was passed it sparked widespread protests in France.

Article 25 provides that local officers and gendarmes (national police) who carry their weapons while off-duty can no longer be refused access to places like museums, cinemas, shopping centres and schools, which France classifies as ERP – establishments open to the public.

While French senators passed Article 25 by a vote of 214 to 121 without any changes to the version already approved by the lower-house National Assembly, the article raised questions and provoked an outcry from senators of all political persuasions.

French Interior Minister Gérald Darmanin pointed out during the Senate’s debate that police officers carrying weapons while off-duty is not a new phenomenon. Since 2016, officers have had the right to carry their firearms outside working hours if they have requested it from superiors. Today, more than 30,000 officers in France take their firearms home with them.

“We’re not setting the world on fire,” Darmanin said of Article 25.

“Deciding to carry a weapon is not a trivial matter,” said Laurent Lafon, a centrist senator from the Val-de-Marne département (administrative area) in the Paris region. “First of all, for the police and the gendarmes themselves. But also for others. How would we feel if we saw a person in a theatre wearing civilian clothes and carrying a weapon sitting next to us? Would we feel reassured, or would we feel worried?”

Lafon’s arguments were shared by Sylvie Robert, a Socialist senator from the western Ille-et-Vilaine département. “Nothing proves that an armed policeman makes an ERP more secure.”

“We must move away from this simplistic logic,” Robert added, bringing up the possibility of an “accident” if a weapon is dropped or stolen.