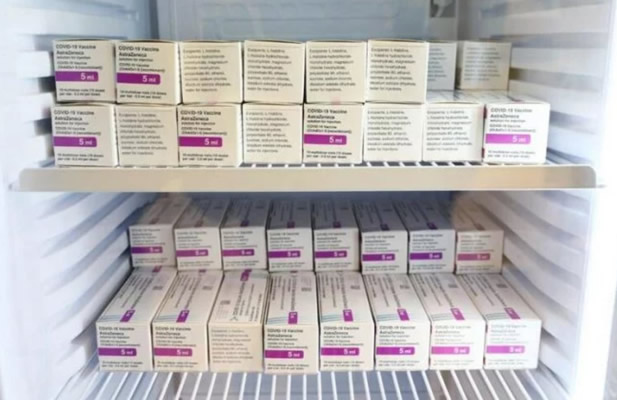 The Menorca Health service has reported a 38-year-old woman being hospitalised by a possible adverse reaction to the AstraZeneca vaccination that she had received around two weeks previously.
The woman reportedly had her first dose of the vaccine on March 6 and went to the Emergency Service of the Mateu Orfila Hospital last Sunday 14 with an intense headache, a symptom that improved with the administration of a painkiller.
On Thursday 18, after her health deteriorated more, she was treated again in the emergency department, after experiencing neck and back pain, and weakness in her legs.
She was admitted to the Neurology ward where she was diagnosed with Guillain-Barré (GBS) and, on Friday afternoon, was transferred to the Intensive Care Unit (ICU) of the Mateu Orfila Hospital in Mahón.
Guillain-Barré Syndrome is a rare disorder in which a person’s own immune system damages the protective layers of the nerves and causes muscle weakness, and has been shown to affect only one or two cases per 100,000 people every year.
The exact cause of this syndrome is still unknown, except that it is a disorder that appears days or weeks after a respiratory or digestive infection, and on rare occasions, it can be caused by surgery, but medical experts say that the association with a vaccination process is extremely rare.

In a statement, the Menorca Health authorities have explained that the case is being studied in-depth to determine the origin of this disorder, saying, “At this time, a direct cause-effect relationship has not been established with the dose of AstraZeneca that this patient received”.

They have called for calm and asked the public to keep in mind that on Thursday, a report prepared by the European Medicines Agency pointed out that the AstraZeneca vaccine is “effective and safe” and that Spain has decided to resume vaccinations with it as of next Wednesday, as reported by moncloa.com.
_______________________________________________________
Thank you for taking the time to read this news article “Menorca Woman Suffers Possible Adverse Reaction From AstraZeneca Jab”.
For more UK daily news, Spanish daily news and, Global news stories, visit the Euro Weekly News home page.