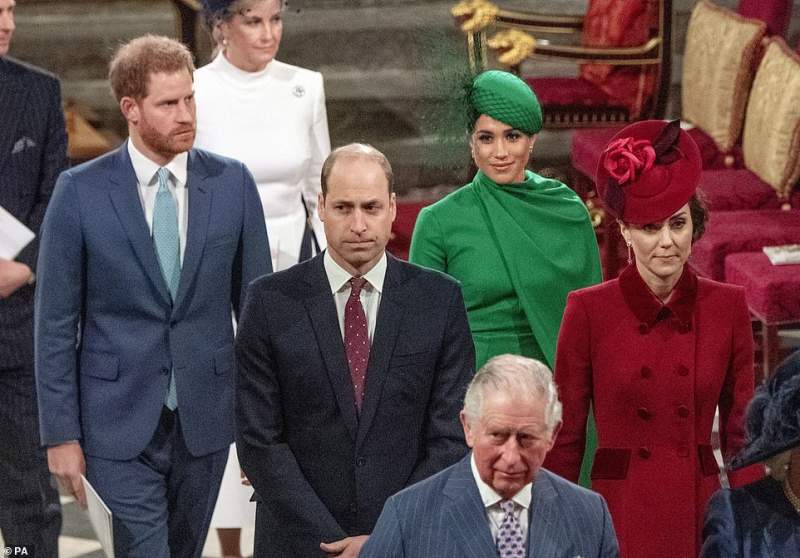 Prince William ‘Furious’ Over Harry and Meghan’s ‘Insulting and Disrespectful’ Response To The Queen.

PRINCE William was angry with Harry and Meghan over their “insulting and disrespectful” reaction to the Queen’s ban on them using the word “royal” in their new ventures, according to Palace insiders.

The Duke of Cambridge said he felt the couple had betrayed Her Majesty over the setting up of their Sussex Royal website as they took steps towards Megxit, sources have claimed.

Despite the brothers going for a long walk to try to clear the air after the “Sandringham Summit” Megxit deal in January last year, sources said they “did not part shores as friends”. The Duke’s rift with his brother is said to have soured even further in early 2019 when the Sussexes ‘blindsided’ Her Majesty with their terse statement hitting back at the Palace last year.

William’s close friends and allies have provided fresh insights amid the ongoing fall-out from Harry and Meghan’s accusations of racism in the Royal family, and their revelation last week to US TV host Gayle King that peace talks with the prince and Charles had not been ‘productive’.

It has been reported that William misses Harry, 36, and the fun they used to have together — and that their parting is “still raw” and “he’s very upset” it happened. It is also claimed that Prince William has been at the heart of all of the Royal Family’s crisis discussions after the recent bombshell Oprah Winfrey interview with Harry and Meghan, 39.

William is the only royal to have so far addressed the interview publicly, telling reporters he was due to speak with his brother and stressing ‘we’re very much not a racist family’. But friends told The Sunday Times his ‘head is all over the place’ and he’s still reeling from the couple’s remarks.

Those close to him refute Harry’s claim that William is ‘trapped’ within the institution of the monarchy, rubbishing it as ‘way off the mark’. Instead, the Duke of Cambridge, who is second in line to the throne behind his father, has ‘accepted’ his role and ‘the path set for him’, royal sources say.