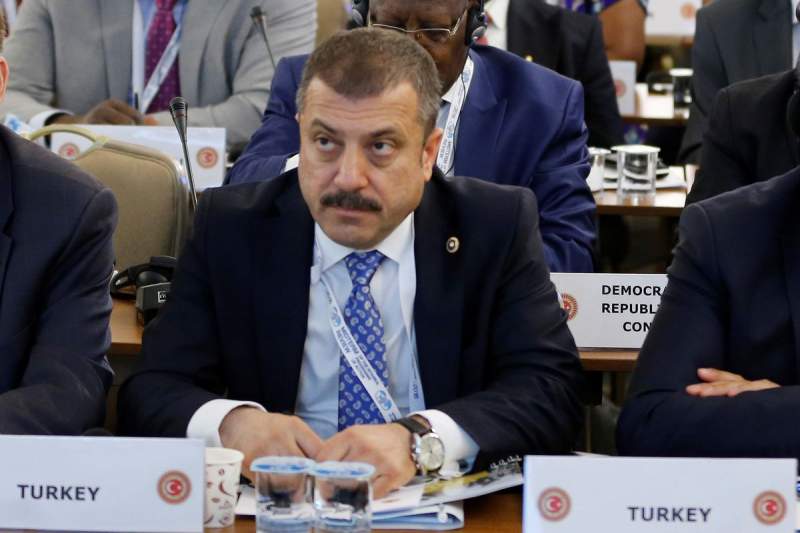 In a decree published in the Official Gazette early on Saturday, March 20, President Erdogan announced the departure of Naci Agbal, a former finance minister. It is understood he is to be replaced by a banking professor who has argued for lower interest rates.

Agbal was brought in to lead the central bank after the Turkish lira hit record lows and inflation soared. In his few months in office, Agbal had hiked the benchmark rate a total of 875 basis points, in a bid to rebuild the credibility of the central bank after it was damaged by years of unorthodox policies.

Agbal’s most recent hike of 200 points on Thursday took the rate to 19 per cent, which was a lot higher than analysts expected. The bank said tight monetary policy would be maintained until inflation, which has hit 15.61 per cent, was brought under control.

Agbal took the job as Turkey’s top banker after weeks of declines in the lira and raised the benchmark one-week repo rate by a cumulative 875 basis points since, boosting the central bank’s damaged credibility among investors. Erdogan, who backs an unconventional theory that high rates cause inflation, has for years frequently chastised the central bank when he thought it was setting borrowing costs too high.

“We worked courageously for price stability,” Agbal said, according to HaberturkTV. “I hope a permanent price-stability target can be achieved one day.”

Turkey’s PM has pressured the central bank to keep rates low to spur growth. Critics say the independence of the central bank has been severely damaged through political pressure from Erdogan.

Erdogan’s decree appoints Sahap Kavcioglu as the new central bank head. Kavcioglu is a banking professor and a columnist in a pro-government newspaper where he has argued for low-interest rates- he previously served as a politician in Erdogan’s ruling party.

Turkey Pulls Out Of Treaty Protecting Women From Violence

Turkey recently pulled out of the world’s first binding treaty to prevent and combat violence against women, a presidential decree said Friday, in the latest victory for conservatives in President Recep Tayyip Erdogan’s governing party.

The publication of the decree in the official gazette early on, Saturday, March 20, sparked anger among rights groups and calls for protests in Istanbul. The 2011 Istanbul Convention requires governments to adopt legislation prosecuting domestic violence and similar abuse, as well as marital rape and female genital mutilation.