How The Vedic System and the Cosmic Age of Yuga Progressed 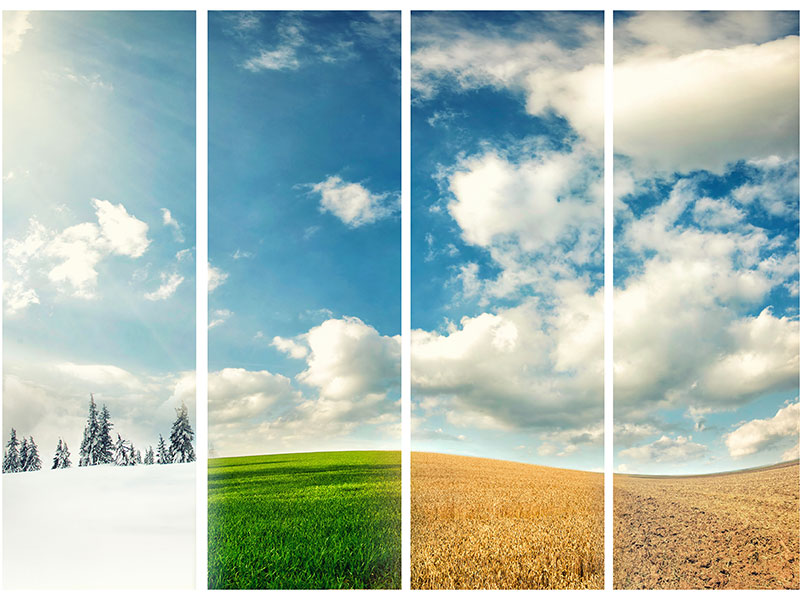 Dating back to between 1500 to 1200 BCE, the Vedic System originated from ancient India and was named after religious texts and hymns, called Vedas. The Vedic tradition eventually led to the progression of Hinduism.

The Vedas were written in Vedic Sanskrit, and the word ‘Veda’ means ‘knowledge’, it was primarily learned by rote. These contain information on different subject matters, ceremonies, rituals, and sacrifices, it can also be studied as a science of how reality works, or, the science of consciousness.

The Vedas are divided into four parts, namely, the Rig Veda, Yajur Veda, Sama Veda, and Atharva Veda. The Rig Veda explores aspects of philosophy, cosmology, praise and worship. The Yajur Veda is composed of worship rituals, mantras, and ritual formulas spoken by a priest.

The Vedic System and the Cosmos

The Vedic System reaches far and wide into the cosmos and field of the humanities and is not only seen from the lens of religion. The Vedas strive to attain self-realization and believe the human mind can achieve this, furthermore, it follows the tenet that everyone comes from a singular field of consciousness.

Vedic cosmology has a close correlation between modern cosmology and science, it is explored in the Puranas, which are Sanskrit texts about the history of the universe and various other topics about creation and genealogies of life. References to the Big Bang, the Solar System’s formation, planets, and earth’s place in the sky can be found in the Puranas.

How the Four Yuga Seasons of the Universe Progressed

When it comes to measuring universal time in the Vedic system it is worthwhile to understand the role played by Brahma, who is regarded as the creator and ultimate source of information in the universe. Brahma’s lifespan is 100 years, however, in earth years, this is 311.04 trillion, and one day (24 hours) of Brahma is 8.64 billion years. A full Brahma day is divided into the 12-hour day called ‘Kalpa’ and 12-hour night called ‘Pralaya’.

Each ‘Kalpa’ has a duration of 1,000 Yugas, which are cosmic cycles or epochs in the Vedic system, regarded as units of time indicating the never ending cycle of the universe starting from creation, destruction, to re-creating. The Yugas consist of four parts that make one full cycle, namely, Satya Yuga, Treta Yuga, Dvapara Yuga, and Kali Yuga. These are discussed in more detail below:

Satya Yuga (Golden Age) is the first Yuga cycle where humanity lived in accordance with nature and in harmony with each other without war or other natural disasters. In this age humanity lived truthfully and allowed their inner purity to show in their lives and work. This age is also depicted by a bull, known as the god Dharma, standing on four legs.

In the second Yuga cycle, Treta Yuga (Silver Age), humanity started being more materialistic, along with the developments of mining and agriculture, there was a move away from the more spiritual way of life. There were more wars and divisions, but humanity still lived with morals and duties, and gained a deeper understanding of the universe and laws of nature. This age depicts the god Dharma as a bull with three legs.

In the third Yuga cycle, also the Bronze Age, humanity started being at odds with their goodness and each other, losing their morality and value of truth. There were more wars, diseases, and people following their own powers and desires selfishly. This age depicts the god Dharma as a bull with two legs.

The fourth Yuga cycle, also the Iron Age, is described as the ‘Age of Darkness’ where morality and spirituality is almost lost. This is considered the Present Age, where people live in more fear and suffering, struggling to survive. There is more strife on a micro and macro level, from conflict and wars between countries to conflict in relationships. This age depicts the god Dharma as a bull with one leg.

The Vedic System is vast and explores many facets of consciousness and existence, with the progression of the cosmic age and Yugas included as a continuous cycle in this vast system – learn more about the Yugas and their progression here. Suggested reading: https://www.healthynewage.com/puranas-superhumans-you-may-never-hear-of/