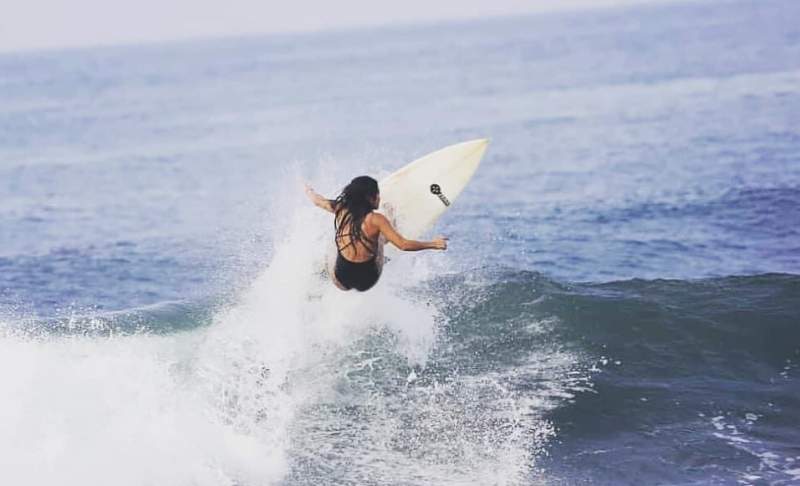 Katherine Diaz Hernandez, a 22-year-old surfer from El Salvador, was killed when she was struck by lightning on Friday, March 19, she had been hoping to qualify for the upcoming Tokyo Olympics.

Hernandez was surfing at El Tunco, a beach on the Pacific coast at around 5 p.m. when the lightning hit her. According to reports, she was entering the water for an evening surf when it happened. The Associated Press reported that she was training for an event that was set to be held in El Salvador that will be the last qualifying event for surfing’s Olympic debut. Diaz was the sister of José ‘Bamba’ Díaz, who was a professional surfer and is the current president of the Salvadoran Surf Federation.

Members of the public rushed to help her before an ambulance arrived. She was rushed to the hospital, but tragically, she could not be revived.

“A great athlete who has represented our country has left us,” the Salvadoran Surf Federation said in a post paying tribute to Katherine Diaz on social media. “See you soon, great warrior. El Salvador is in mourning.”

“It is with a heavy heart that the ISA has learned about the passing of El Salvador’s Katherine Diaz,” read the statement. “Katherine embodied the joy and energy that make surfing so special and dear to us all, as a global ambassador of the sport.”

JAPAN appears to have decided to hold this summer’s Tokyo Olympics and Paralympics WITHOUT overseas spectators due to concern among the Japanese public about COVID-19.

According to the Japanese news agency, Kyodo, the government had concluded that welcoming fans from abroad would not be possible given public concern about the coronavirus and the detection of more contagious variants in many countries.

“The organising committee has decided it is essential to hold the ceremony in the northeastern prefecture of Fukushima behind closed doors, only permitting participants and invitees to take part in the event, to avoid large crowds forming amid the pandemic,” Kyodo said, quoting the officials.