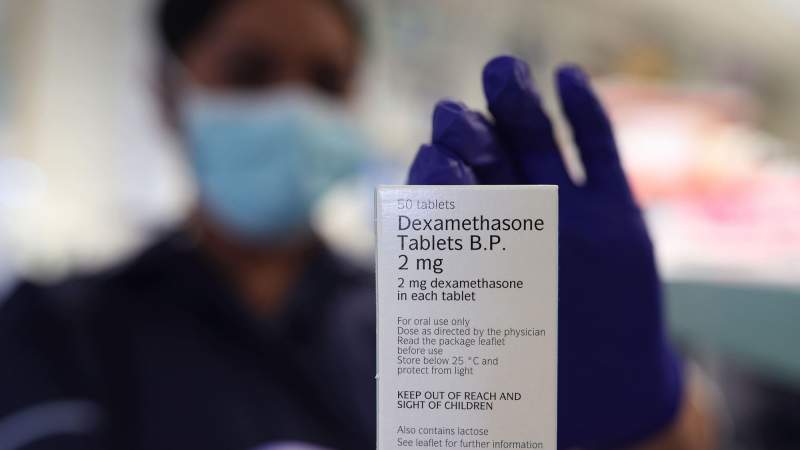 Cheap Steroid Hailed As Lifesaver For Up To A Million Covid Patients Worldwide. image: Pinterest

Cheap Steroid Hailed As Lifesaver For Up To A Million Covid Patients Worldwide.

A cheap steroid, Dexamethasone, has been hailed as a lifesaver for up to a million Covid patients worldwide.

According to NHS England, the inexpensive steroid that quickly emerged as a highly effective Covid therapy thanks to a large drug testing programme pioneered by UK scientists – has so far saved the lives of an estimated million people globally, including 22,000 in the UK,

Called Recovery, the world’s largest randomised Covid-19 drug trial commenced in March 2020, the idea was to evaluate the suitability of a suite of different drugs to help hospitalised Covid patients. The study has since been carried out by thousands of doctors and nurses on tens of thousands of patients in hospitals across Britain.

Oxford University’s Peter Horby, an infectious disease specialist, began working on Covid drug trials in Wuhan As Covid-19 emerged in late 2019. However, studies were shelved as fierce lockdown restrictions dried up infections in China. Meanwhile, cases began to pop up in Europe.

Horby joined forces with one of his Oxford colleague’s Martin Landray, who is a professor of medicine and epidemiology, to set up Recovery. It took them only nine days from drafting their first protocol to the enrolling of the first patient, a process that would normally take a minimum of nine months.

It took less than 100 days after the programme kicked off for trial investigators to produce a staggering result –they had discovered the first medicine that demonstrably improved Covid-19 survival chances.

Dexamethasone, a widely available and affordable generic steroid, was shown to cut the risk of death by a third for Covid patients on ventilators, and by nearly a fifth for those on oxygen therapy- it was a game-changing discovery!

“It was hard to know how many lives would be saved because we didn’t know what the trajectory of the pandemic was going to be, or how well accepted the results would be,” said Horby. The results were highly celebrated – and firmly embraced globally. Although Britain was criticised for its initial sluggish response to the pandemic and its bungled testing programmes, Recovery scientists were generously lauded for their heroic efforts to combat the disease.

“It’s clear that dexamethasone has had a big impact,” noted Horby. “A million is a big number … It’s an estimate that could well be lower than that or higher than that. We don’t know.”

Dr Layla McCay, director of policy at the NHS Confederation, which represents hospitals in England, said: “As the science progresses at pace, this is a good lesson for how we can turn cutting-edge research into prompt action to best respond to the next phase of the pandemic, including supporting people who experience long-term symptoms from the disease.”

On what is being called a national day of reflection, organised by the end-of-life charity Marie Curie, Mr Johnson has said he will today, Tuesday, March 23, observe the minute’s silence to be held at noon in the UK privately. It will also be held in the Houses of Parliament.

Thank you for taking the time to read this news article “Cheap Steroid Hailed As Lifesaver For Up To A Million Covid Patients Worldwide”. For more UK daily news, Spanish daily news and Global news stories, visit the Euro Weekly News home page.