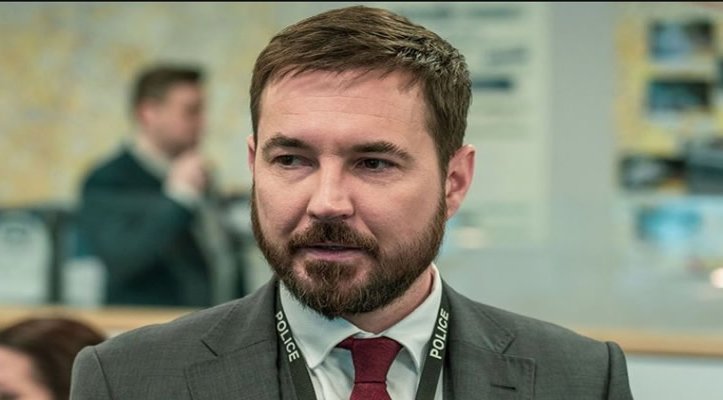 With Daniel Craig due to vacate the shoes of James Bond 007 after ‘No Time To Die’, the bookies have been having a field day taking bets on who will become the next Bond, with several top actors in the running.

Now, another name has jumped to near the top of the list, that of Martin Compston, who plays Detective Sergeant Arnott in BBC crime drama ‘Line Of Duty’, which started its seventh series last Sunday, putting Compston back in the public eye, and suddenly, bookies have reported huge movement with punters placing odds on him to be the next Bond.

Rumours that he was going to be leaving the role of the AC-12 anti-corruption officer that he began back in 2012 in ‘Line Of Duty’, only added fuel to the fire, and now Boylesports have the actor in the top five in their odds, having been 50/1 last week, he has jumped above famous names like Idris Elba, Tom Hiddleston, Highlander’s Sam Heughan and Bodyguard star Richard Madden.

A Boylesports spokesperson told the Express, “The Line of Duty buzz is back with a bang and punters obviously think they are on to something by backing Martin Compston to be the next Bond. Compston clearly suits those waistcoats and although we had him as a 50/1 outsider last week, we’ve had to slash him with liabilities on the rise”, with the precise odds placing Compston at 7/2, just behind Edward Norton on 9/4 and Tom Hardy on 2/1.

Ladbrokes also cut their odds on Compston over the past 24 hours to 10/1. Norton and Hardy are tied out in front on 2/1, with Bridgerton’s Regé-Jean Page on 5/1, followed by Elba and Heughan on 6/1, with their spokesperson telling the Express, “Compston remains a popular bet with punters, and with DS Arnott seemingly wanting out of AC-12, he could well become the next 007”, as reported by express.co.uk.

Thank you for taking the time to read this news article “James Bond: Line Of Duty Star Tipped By Bookies To Replace Daniel Craig”.