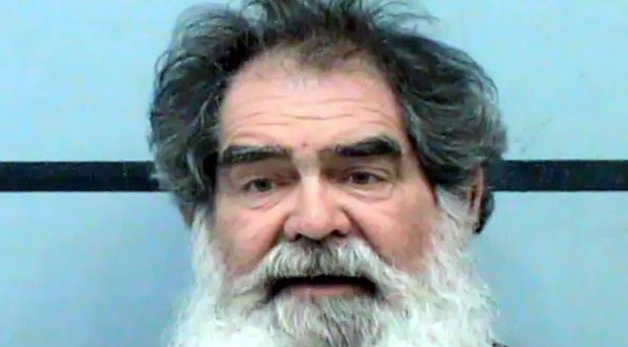 A convoy of white vans transporting doses of the coronavirus vaccine to another town 80 miles away, and manned by unarmed members of the Texas National Guard, was involved in an incident with an armed man on Monday March 22, as the soldiers were travelling on the edge of Lubbock, Texas.

Unknown to the soldiers, Larry Harris, a 66-year-old man from Arizona, had been pursuing them since they left the armoury in Lubbock, and eventually, he tried to run their vans off the road by swerving his vehicle into the oncoming traffic to cause them to stop, and then jumping from his vehicle brandishing a .45-calibre firearm, claiming that he was a detective and ordered the 11 guardsmen out of their vans.

Eric C Williams, the Idalou Police Chief who received a 911 call from one of the shocked guardsmen said that many of the young soldiers were left visibly shaken by the dramatic incident, saying, “Some were so young, I thought they may have been part of an ROTC (Reserve Officers’ Training Corps) detachment”.

AP News reported that Harris was charged with several offences, including, aggravated assault with a deadly weapon, impersonating a public servant, unlawful carrying of a weapon, unlawful restraint of 11 National Guard members, and interference with Texas military forces.
The Washington Post reported that Harris claimed to be a detective in pursuit of three white vans that had been used in the kidnapping of a woman and her child, and in his truck, officers found a second magazine and a third magazine in his pocket.

The Department of Homeland Security (DHS) reportedly requested that Harris be held in jail, and Williams said that the DHS will likely bring federal charges against him, as reported by unilad.co.uk.