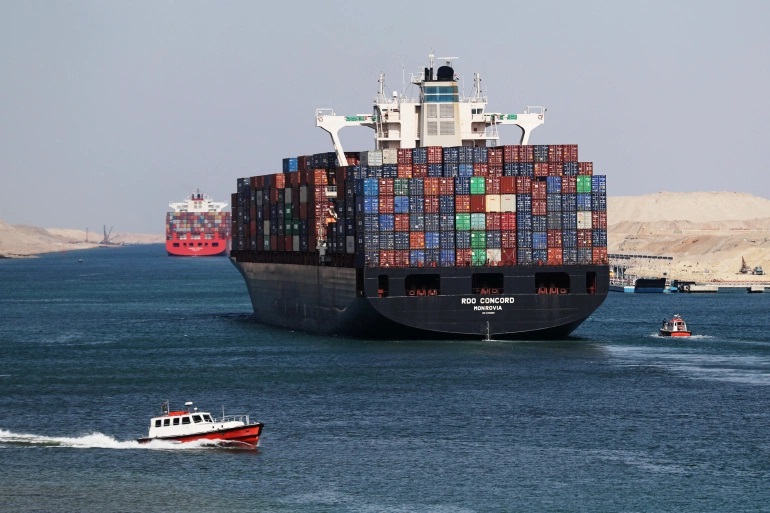 The stranded 200,000-tonne container ship blocking the Suez Canal is going to hit Spanish pockets hard, according to Jordi Espin Vallbona, Secretary General of Transprime and policy manager for maritime transport at the European Shippers’ Council. Around 12 per cent of the world’s freight and oil tanker traffic passes through the canal, and the jam will result in Spanish imports and exports having to take a more circuitous route, a cost which is sure to be passed on to the consumer, Mr Espin told Spanish daily 20 minutes.

The 200,000-tonne vessel en route from the Red Sea to the Mediterranean ran aground at about 7:40 am (05:40 GMT) on Tuesday, March 23 after the ship suffered a blackout, shipping company GAC reported. It added that 15 other ships in the northbound convoy behind the vessel were detained at anchorages waiting for the Canal to be cleared. A southbound convoy was also blocked, GAC said.

As freighters cannot pass through the canal at the moment, they will have to go around the Cape of Good Hope, at the southern tip of Africa, to reach European ports. This detour will extend travel by a week, naturally costing more in fuel and man hours, something that shipping companies are bound to pass on to their European customers, according to Mr Espin.

“Surcharges, one way or another, always end up having an impact on the end customer,” he said.

“The problem is the anticipation of information to be able to face them and estimate their impact. The consumer will not notice it directly and immediately, but will notice it in the medium term when the cost overruns normalize throughout the supply chain,” he added.