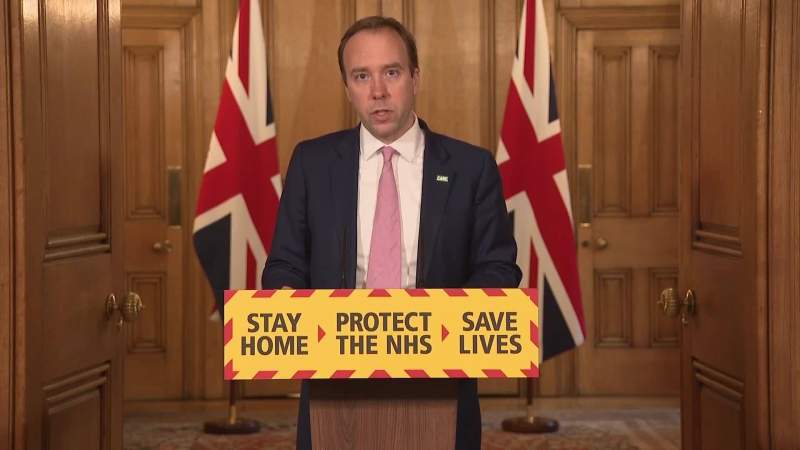 THE UK has announced its covid laws will be extended until September.

Despite Matt Hancock admitting he can’t rule out trying to renew them again, The Commons voted 484 to 76 which is a majority of 408.

The Health Secretary was unable to guarantee that it was the final time MPs would be asked to roll-over the powers.

It was questioned by Tory rebels why the laws needed to be kept in place when the lockdown is set to end in June. The law can only be extended for six months at a time.

Hancock said: “There are parts of this Act that have allowed us to do good things that everybody would like to see like that, and so when we do come to retire this Act, which we must within one year and preferably within six months, we will need to make sure that we can continue to do that sort of thing and make sure that nurses can be enrolled as easily as possible into the NHS,”

“But I cannot answer whether we will be retiring it in six months. My preference would be yes, but given the last year, I think a prediction would be hasty.'”

Mr Hancock’s confession prompted an angry response from Tory backbenchers. Broxbourne MP, Sir Charles Walker, told the Commons: “As sure as eggs are eggs, we will be back here in six months at the end of September being asked to renew this legislation again. It is inevitable and anyone who thinks it’s not inevitable is deluding themselves.”

The chairman of the 1922 committee of Conservative MPs, Sir Graham Brady, said he would vote against it because: “It is important we make the case for a return to normality and trusting people with their own lives”.

He said: “These powers were given by Parliament to the government last March as a very temporary set of extreme emergency measures. Nobody then envisaged that they would still be in place a year later, still be in use 18 months on.

“I think we need to be very cautious about the dangers of normalising what is actually a very extreme policy response.”