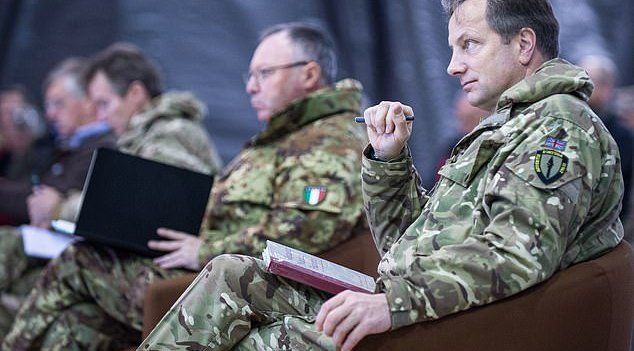 Army officer Nick Welch was convicted of a single charge of fraud following a four-week court-martial trial at Bulford Military Court. His lawyers said the judgement “will shake the foundations of the man” as the pride of his life was to be an officer in the British Army.

Welch had joined the Army in the 1980s and had served for more than 30 years. He retired in 2018 from his position as the assistant chief of general staff at the Ministry of Defence.

The court was told the 57-year-old general had applied for the allowance for boarding school fees on the basis that both he and his wife, Charlotte, would not be living close to the children’s schools in Dorset. The prosecution stated that Mrs Welch, 54, actually spent most of her time at the family’s cottage in Blandford Forum, Dorset, close to the two schools rather than at their allocated military accommodation in Putney, London.

The investigation was launched in February 2017 after a neighbour alerted the authorities about the Welch family’s absence from the London home. Judge Advocate General Alan Large said the panel of senior officers sentenced “on the basis the defendant behaved dishonestly throughout”.

As well as the 21-month custodial sentence to be served in a civilian prison, Welch was retrospectively dismissed from the Army, meaning he will not be able to benefit from the rank of retired major general. He was also ordered to pay back the fraudulently claimed money.

Welch had been awarded a number of military medals, including for his service in Northern Ireland, Afghanistan and for long service with good conduct.

Judge Large said: “In stark contrast to the events leading to your conviction in this trial, you had a highly successful military career, served your country with distinction on operations and you were a fine ambassador for your service and nation.”

The Continuity of Education Allowance (CEA) was claimed by Welch to allow his children to stay at the £37,000-a-year Clayesmore School and the £22,500-a-year Hanford School between December 2015 and February 2017.

The payment, which covers 90% of fees, is aimed at allowing children of service personnel to remain at the same schools to enable their serving parent to be accompanied by their spouse as they are posted to different locations.

The CEA rules state that the spouse must not be away from the residence at work address (RWA) for more than 90 days a year.

Welch’s barrister, Sarah Jones QC, argued the CEA system and the 90-day rule were a “mess” and not strictly enforced by the MoD administrators.

Welch was given character references by senior military commanders including former commander Joint Forces Command, General Sir Richard Barrons, who said he believed the defendant was of “unimpeachable integrity”.

Miss Jones said: “Nick Welch is a 57-year-old man, the pride of whose life was to be an officer in the British Army. “He did the job, and had a vocation to do it, to an extraordinary standard and with care and concern.”

Describing the impact of the sentence, she said: “It will shake the foundations of the man and what he has achieved and what he has failed in two things he cared about most, for his career is brought to an ignominious end and his family life has been shattered as his children are distraught and his wife puts a brave face on things.”

She added that Welch was remorseful and he acknowledged “he had not taken enough care”.

However, prosecutor Sarah Clarke QC accused Welch of lying and “attempting to manipulate” the figures regarding his family’s locations in order to cover up his dishonesty. She said the fraud had been an “abuse of position, trust and responsibility” but said the defendant had “no previous convictions of any kind”.