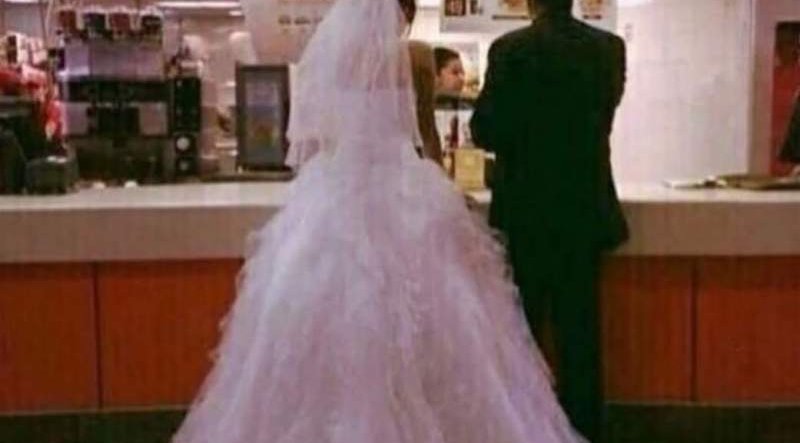 A bride-to-be has completely divided the internet by asking on social media if people like her “super fun” idea of serving junk food at her upcoming nuptials rather than the traditional sit-down meal. She said that she and her future husband were considering serving a buffet of pizza and McDonald’s burgers as a cost-saving alternative to the usual elaborate slap-up dinner.

The anonymous bride wrote on Facebook: “My fiancé and I are super fun people and we want to have a super non-traditional wedding that isn’t going to make us broke.

“I wanted pizza at the wedding and the catering for that was too pricey so my photographer was like ‘who says you can’t order pizza?”

She added: “And that made my fiancé and now he wants to do a buffet of Chick-fil-A, pizza and donuts.

“I agreed with him that I think that sounds like a fun time.

“All of us are going to double fist Big Macs and pizza.”

Needless to say, her post was shared far and wide and certainly divided opinion, with many liking the fun, informal idea while others considered it to be “tacky”.

One person wrote: “They said they wanted a very non-traditional wedding and if this is what they want, so be it.

“Besides, wedding food is expensive and I wouldn’t mind downing a Big Mac.”

A second added: “Would be fun as a midnight snack (my fiancé and I are serving hot dogs and donuts) but not for the main meal,” commented a third.