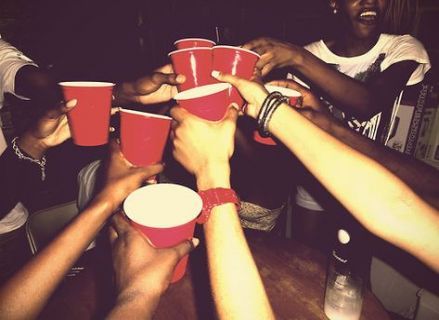 YOUNG Malaga man who threw a party in his father’s farmhouse was busted after pics surfaced on social media
A 21-year-old Malaga man faces a hefty fine for organizing a party in a farmhouse in the town of Cártama which is owned by his father. The man was caught after he posted several photos and videos and Instagram where the revellers can clearly be seen flouting Covid safety rules. The Local Police in Malaga began investigating the case in mid-February when they discovered the footage, which showed several youngsters drinking and smoking, on many different profiles. The party-goers weren’t wearing masks or adhering to social distancing guidelines.
Through the study of the videos and by means of a technique known as triangulation of profiles, the policemen determined that in the early morning of Sunday, February 7, a party had been held that had been attended by more than 15 people. When officers pinpointed the venue to a farm in Cártama, they contacted Local Police who identified the owner.
Once confronted, the owner of the farmhouse confirmed that his son had organised the party, but had stolen the keys and held the get-together without his consent. The man also said that he figured a lot of people had been in attendance judging by the amount of rubbish he found in the bins the next day and the state of disarray the property had been left in.
Police denounced the 21-year-old organiser of the party and the Territorial Delegation of the Ministry of Health in Malaga will decide on his fine.
________________________________________________________________
Thank you for taking the time to read this news article “Malaga Farmhouse Party Busted After Pics Surface On Social Media”. For more UK daily news, Spanish daily news and Global news stories, visit the Euro Weekly News home page.