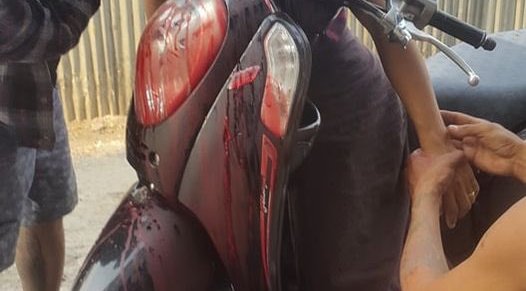 Myanmar’s military troops have massacred 91 people on Saturday, March 27, including a 5-year-old boy, as pro-democracy demonstrators took to the streets of Yangon, Mandalay and other towns to protest against the forced military coup on February 1. Tens of thousands of people came out despite warnings that they faced being shot “in the head and back” while generals put on a show of strength by celebrating Armed Forces Day.

Saturday’s massacre brings the death toll since the coup to more than 400, while a little boy of no more than five and thirteen others were gunned down in Myanmar’s second city of Mandalay this afternoon.

“They are killing us like birds or chickens, even in our homes,” said Thu Ya Zaw in the central town of Myingyan.

“We will keep protesting regardless… We must fight until the junta falls.”

By 2:30pm local time, The Myanmar Now news portal has reported 64 deaths, but this number is now believed to be as high as 91, with fatalities in the Sagaing region, Lashio in the east, in the Bago region, near Yangon among others; local news reported that a 1-year-old baby was hit in the face with a rubber bullet.

“We will work with our international partners to end this senseless violence, hold those responsible to account, and secure a path back to democracy.”

“On Myanmar’s Armed Forces Day, the security forces have disgraced themselves by shooting unarmed civilians. Dozens of innocent people have reportedly been killed, including children.

“At a time of economic crisis, Covid, and a worsening humanitarian situation, today’s military parade and extrajudicial killings speak volumes for the priorities of the military junta.”