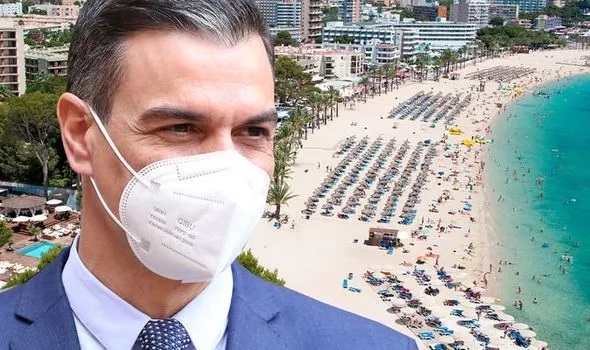 Spain has announced it plans to trial a four-day working week using money from the EU’s coronavirus recovery fund. A three-year pilot project among companies who wish to take part in the idea will use €50 million from the fund.

Cash from the fund will compensate some 200 companies as they resize their workforce or reorganise production workflows to adapt to a 32-hour working week. It will also go towards subsidising extra costs accrued by the employers in the first year of the trial and then reduce the government’s aid to 50% and 25% each consecutive year.

The one condition is that the readjustment leads to a real net reduction of working hours while maintaining full-time contract salaries, explained Hector Tejero, who represents Mas Pais in the Madrid regional assembly, the people responsible for the scheme.

Mr Tejero said: “It’s not using the European funds for Spaniards to work less – it’s about seeing how we can improve productivity and competitiveness of our companies.” A mass shift to a three-day weekend would lead to more consumption, especially in entertainment and tourism which is a main component of the Spanish economy.

Reducing work hours from 40 to 35 per week in 2017 would have resulted in a 1.5% GDP growth and 560,000 new jobs, a study published earlier this year in the Cambridge Journal of Economics found. Salaries would have also increased nationally by 3.7%, especially benefiting women who more often take part-time jobs, the research said.

Software Delsol, in southern Spain, invested €400,000 last year to reduce working hours for its 190 employees and has since then reported a 28% reduction in absenteeism, with people choosing to go to the bank or see their doctor on their weekday off.

Their sales increased last year by 20% and no single employee has quit since the new schedule was adopted. Critics say, with a pandemic-shaken economy, it is not the best time for the trial.

With a 10.8% GDP contraction last year – its worst since the Civil War in the 1930s – Spain has suffered from intermittent lockdowns and the near-total freeze in international travel. Some experts say the priority should be fixing the country’s labour market, marred by one of the highest unemployment rates in Europe and precarious low-paid jobs.