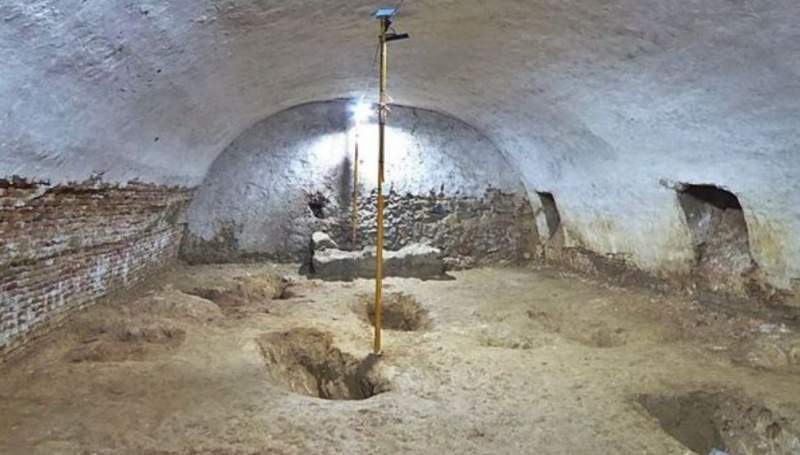 HIDDEN Crypt Complete With Remains Is Uncovered Underneath A Convent In Casares, Málaga

The recent renovation works on the old Convent of the Incarnation of Casares in Málaga province, have uncovered a large crypt hidden in the underground area of ​​the building, where burial pits and ossuaries have also been found with the skeletal remains of some of the friars of the Capuchin community who resided in the municipality, dating back to 1730.

The find was officially announced in a ceremony on Friday 26, by José Carrasco, the mayor of Casares, in the presence of José Antonio Melgar, the parish priest of the Church of the Incarnation, David Astaré, who is the project archaeologist, and Benito Trujillano Mena, a local history researcher.

As the mayor explained, although it had been a hidden crypt with no actual entrance, the people of Casares always knew of the existence of that underground area within the church, saying, “I myself in my childhood had entered through one of the vents with other children of the village”.

Mr Carrasco stressed the town hall’s commitment to enhancing the church as a cultural asset and as a major tourist attraction of the municipality while thanking “the disposition of the Bishopric of Malaga, the Church of Casares and all the people who work on the project of recovery of this historical building”.

David Astaré, the archaeologist, explained the procedure that had been carried out during the excavation, for the careful removal of the bone remains and their subsequent study, saying that a total of eight graves had been found and that in five of them, the first burial for which they were used has also been located, and stated that examination of the data and the bones prove that they were in their original burial place, as reported by laopioniondemalaga.es.