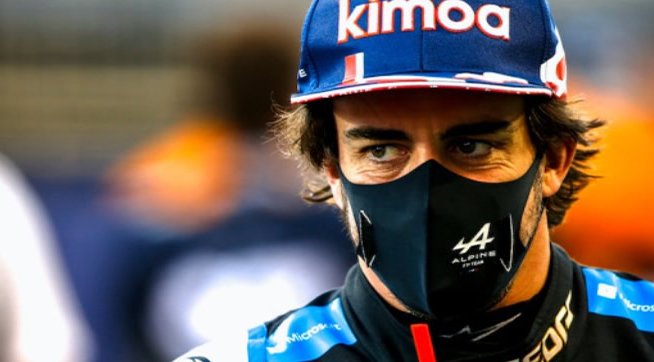 Spain’s former Formula One World Champion, Fernando Alonso was back on the F1 grid again yesterday, Sunday, March 28, his first time since 2018, for the season-opener, the Bahrain Grand Prix, with his brand new team, Alpine, and a brand new car.

This race was Alpine’s debut in FI, and Alonso had qualified in a very reputable ninth position on the starting grid, with his teammate Esteban Ocon way back in 16th spot, but his return was to end in disappointment on lap 32 when he had to quit the race with brake failure, with reigning champion, Lewis Hamilton winning in Bahrain for the first time in his career.

An investigation of his car afterwards discovered that the problem was caused by a piece of litter that had blown onto the track, as Marcin Budkowski, Alpine’s executive director explained, “After his first stop we had a small issue that forced us to reduce the performance of the car”.

“Then after the second stop, a sandwich wrap paper got stuck inside the rear brake duct of Fernando’s car, which led to high temperatures and caused some damage to the brake system, so we retired him for safety reasons. It was a very unlucky first race for Fernando considering how strong he looked”, he added.

Despite not finishing the race, Alonso showed his delight at being back, commenting, “The race was fun until that point. The start, the first couple of laps, some battles with my old colleagues I did enjoy, but obviously, I’m disappointed not to see the chequered flag”.

He continued, “I think we still need to improve. It’s very close in the midfield, a couple of tenths of a second changes a lot of positions. We will have to fine-tune things and execute to perfection every race because more mistakes can cost a lot of positions in qualifying and in the race, so it’s going to be a very interesting season for you to watch”, as reported by dailystar.co.uk.

Thank you for taking the time to read this news article “Spain’s Fernando Alonso’s F1 Return Ruined By Sandwich Wrapper”.