Fraudsters threatened to cut off electric supply over false debts 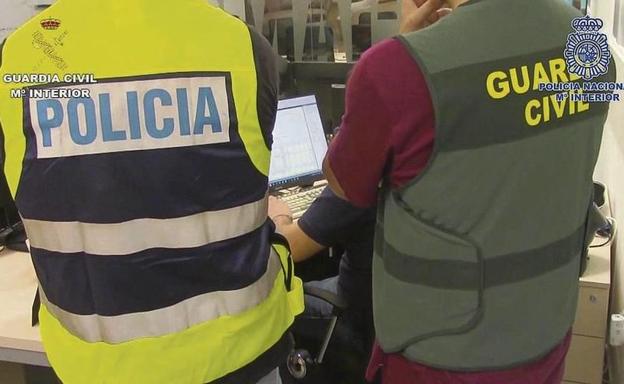 The investigation was carried out by National Police and Guardia Civil

FIFTY-EIGHT people have been arrested for fraud after they claimed to work for electric companies to get money out of their victims.

The network was based in Barcelona and Castellon but had allegedly committed at least 167 crimes of fraud throughout Spain, the National Police and Guardia Civil have reported, with illegal gains of more than €220,000.

They made the victims believe that they had debts of between €300 and €10,000 with their electric company, and mainly targeted small business owners.

The leaders of the network had worked in sales for gas and electric companies in the past so they had inside information and knew the techniques for approaching the victims with the relevant technical details.

They would call the companies and provide correct details while telling them about their ‘debt’, making the victims think that they were telling the truth and threatening to cut off the supply if the ‘debt’ wasn’t paid. They would mainly call at the weekend when the businesses were busy and did not take the time to check the veracity of the claims.

As they mainly targeted the hospitality and catering sector, the victims were afraid that having the electric cut off would cause them to lose edible goods and clients, so they would promptly pay up via an online bank transfer to an account which belonged to the criminal network.

Once the money was paid in, the fraudsters would withdraw it at cash machines or transfer it to other accounts to avoid the money being returned.

The investigation is still ongoing as there may be more victims and there are 12 more people under investigation.

During lockdown, they targeted essential businesses instead, such as bakeries and small supermarkets.

They are charged with belonging to a criminal organisation, fraud and money laundering. The investigating officers searched five properties and found a marihuana plantation at one of them.