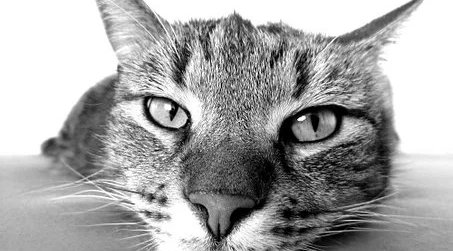 Richard Giles aged 69, callously murdered his neighbour’s cat who had been her companion during lockdown as the pet moggy had been digging up his leeks and carrots. The gardener has admitted to killing cat Ruby and claims that he was ‘driven to it’.

Shirley Gear-Evans, Ruby’s owner spent two days searching for her beloved cat before she confronted her neighbour and was left stunned as he admitted to having killed her. Giles has admitted to one charge of causing unnecessary suffering to a protected animal, and is due to appear in court again on April 6.

Giles from the village of Adber, near Sherborne in Dorset, has caused much controversy over the death, as neighbours have called him a ‘disturbed b*****d’. PETA, the animal rights group hope that he will be sentenced to time in prison.

Speaking of her beloved cat Ruby, Shirley said, ‘I got Ruby as a rescue cat in January last year, a few weeks after I moved to the village.

‘I kept her in the house for a few weeks so she could get used to her new home but soon she was outside exploring the fields around the house.

‘Richard introduced himself and at first we got along, but as soon as I said I was getting a cat he went mad.

‘He was very unpleasant, he told me ‘you know I don’t like cats, how dare you?’

She also went on to explain how Giles had admitted to the killing and said, ‘When I saw him on the Monday, I asked him if he had seen her and he made no bones about killing her.

‘I was horrified, he admitted killing her as soon as I asked him he said “you won’t find her, she’s gone, I’ve killed her”.