Is Cryptocurrency An Economic Bubble? 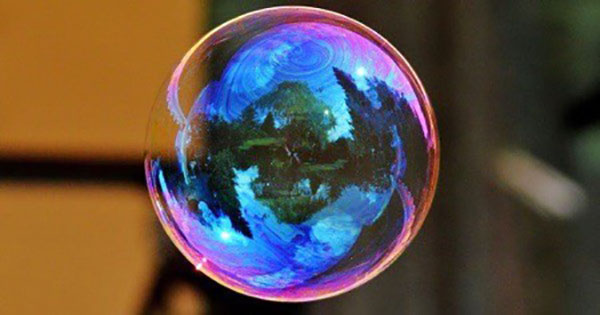 The growth in digital currencies, on the other hand, cannot be traced solely to the decline in the buying power of paper money. The Internet has allowed the human race to transform every concept into a virtual world, and digital money wins hands down. To be sure, the invention of Bitcoin as a digital currency drew little interest because its worth, when compared to the dollar, is negligible.
The world’s first blockchain, which was decentralized at its heart, was virtually nonexistent and extremely volatile as an investment. During the first ten years of its history, institutional trading was blamed for much of the market’s wild and volatile instability.
Virtual currencies have amassed economic growth that will be the envy of standard stocks in their brief lifetime. Consider that in the past three months, bitcoin, which was launched to the world in 2009, has seen trading rates ranging from $3 billion to $6 billion per day.
What Is the Cryptocurrency Bubble?
Bitcoin and other cryptocurrencies, since they are still in their development, do not yet come under certain conventional concepts. In comparison, an asset is said to be in a bubble if its price is quickly growing without concern for its inherent value.
According to the analysis, a number of these cryptocurrency bubbles can be distinctly correlated with their instability and amount using bubble predictors. It discovered that greater liquidity, market frequency, and transactions are positively correlated with the existence of bubbles across cryptocurrencies from 2017 through 2018, after detecting numerous bubble cycles across target digital currencies.
What Are Reasons For The Crypto Bubble?
The combined share price of all cryptocurrencies reached $1 trillion for the first time on January 7, 2021. Bitcoin, for one, stretched its muscles to global supremacy just this January, causing a massive explosion never seen or experienced in the presence of economic capital.
Crypto’s volatile behavior, as uncontrolled as it may be, may keep it a risky investment in which a bubble is always a danger.
The specifications of Bitcoin’s code affect its exchange rate, and this is what causes its intense market volatility. They claim, pragmatically, that when Bitcoin’s costs increase, media interest rises, new entrants become misguided, and older traders cash out at a benefit.
What Is The Reasonable Counter Proposal?
One possible explanation is that restrictions in Bitcoin’s code act like a trigger for the Bitcoin market to restart. The program seems to be setting the stage for a four-year bust cycles period by reducing the availability of new Bitcoins on a four-year inflection.
Likely, the value of bitcoin isn’t spontaneous at all, but rather a function of defined properties that can be interpreted as a stimulus trend.
If the current trend continues, Bitcoin will soon reach fresh all-time peaks for the third time, establishing a market price that will be accompanied by another four-year cycle of repetitive results.
Final Thoughts:
Who wonders, the bitcoin and cryptocurrency bubble could be a direct result of economic bubbles.
However, with improved protections being established over time, such as crypto surveillance, approved and reliable trading platforms like Oil Profit website, anti-money trafficking controls, know-your-customer processes, and Federal Reserve open to alternatives for their virtual currencies, the cryptocurrency market may be just a coin and a token away from beating on mainstream’s doors, and farther away from any bubble.
The other has rendered allowances dependent on Bitcoin’s distinct characteristics and information. They claim that when the Bitcoin market grows, the price of its commodity will increase, and thus the actual worth of the Bitcoin system and its product will be exponentially higher than the existing pace.