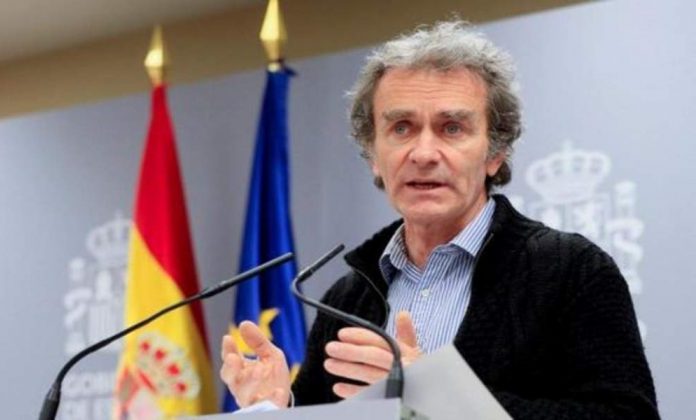 Simón warns Spain is in a “situation of inflection” as infections rise.

DIRECTOR of the Centre for the Coordination of Health Alerts and Emergencies (CCAES), Fernando Simón, has warned that up to 12 autonomous communities are experiencing a “clear rise” in Covid infections, while four are seeing decline and the rest are in “a period of stability.”

“We are in a situation of inflection,” he said, but added that “we can maintain it as well as reverse it, it is in everyone’s hands.”

“If we manage to maintain this situation for a few more weeks, with the level of vaccination that we are going to have, we could have a much milder epidemic wave than the previous ones,” the Ministry of Health’s epidemiologist told a press conference.

It was announced this week that the first doses of Janssen vaccine will arrive in Spain on April 15, once it is approved by the European Medicines Agency, with the Minister of Health, Carolina Darias, insisting that from next month the vaccination plan in Spain will take “a very important leap.”

But Simón warned that the evolution of the pandemic is currently “ascending”, although he pointed out that this ascent is “very slow” and “not homogeneous in all the autonomous communities.

“They are not large increases, it is not evolving as quickly as in other waves, but nationally we are in a phase of ascent. The most likely is that this increase will be maintained in the coming days,” he said.

“I hope that we are all aware that we have gone through three waves and it would not be desirable to have a new epidemic wave again, even if it is less severe than the previous ones,” Simón stressed.

But with much higher rates, Madrid and Melilla are back at “extreme risk level” with 255.08 and 502.97 respectively.

Thank you for taking the time to read this news article “Simón warns Spain is in a “situation of inflection” as infections rise”. For more UK daily news, Spanish daily news and Global news stories, visit the Euro Weekly News home page.