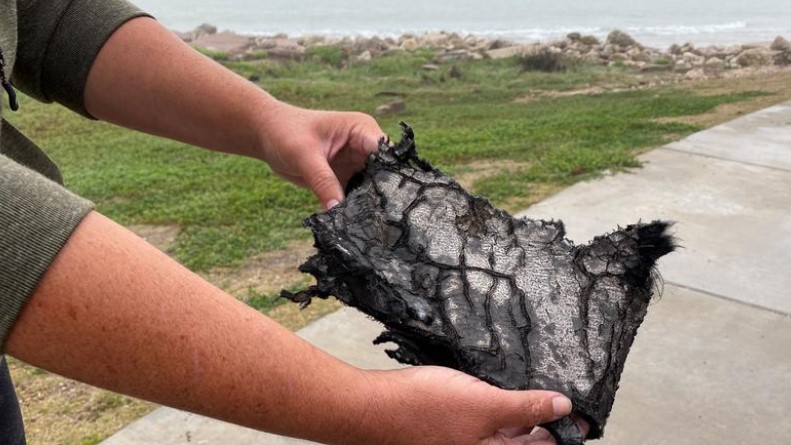 Elon Musk’s latest SpaceX Starship SN11 rocket appears to have exploded as it came in for touchdown this afternoon (Tuesday March 30), in South Texas, as pieces of debris could be seen raining down to the ground in footage on social media.
One huge piece of metal, in particular, could be heard as it smashed onto the ground, clipping the launchpad as it dropped, followed by smaller pieces of the rocket.
John Insprucker, the Space X webcaster could be heard saying that the rocket “is not coming back, don’t wait for the landing. We do appear to have lost all data from the vehicle.”
Then Elon Musk tweeted, “Looks like engine two had issues on the ascent and didn’t reach operating chamber pressure during landing burn, but, in theory, it wasn’t needed. Something significant happened shortly after landing burn start. Should know what it was once we can examine the bits later today”, even joking about the falling debris onto the launchpad, “At least the crater is in the right place!”
Launch conditions were not good on Tuesday morning, with the launch site shrouded in thick fog, as the 50ft tall rocket built of stainless steel, stood majestically on the launchpad in Texas, but it lifted off successfully, powered by its three Raptor engines, and, according to CNBC, eventually reached its target altitude of around 10km, then the engines shut down, allowing the rocket to reach an apex before heading back down to earth.
The touchdown looked to be going well until footage from its onboard cameras showed flames flaring up at the base of the rocket, with the feed suddenly cutting, presumably because it had exploded.
As Spaceflightnow reported, this is the fourth SpaceX Starship rocket to explode during test flights, developed as part of SpaceX’s plans to take people to Mars, as reported by mirror.co.uk.
_______________________________________________________
Thank you for taking the time to read this news article “Starship SN11 SpaceX Rocket Explodes On Touchdown”.
For more UK daily news, Spanish daily news and, Global news stories, visit the Euro Weekly News home page.